Now, to train the cat not to swat it from the air.

Despite being introduced two years ago, Amazon has kept the $250 Always Home Cam out of the public eye, only promising to ship it to customers on an invitation-only basis in 2021.

However, it was revealed at the CES tech show in Las Vegas last week, albeit in a modest way despite it no doubt having widespread appeal. 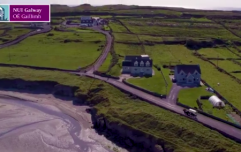 END_OF_DOCUMENT_TOKEN_TO_BE_REPLACED

The Always Home cam was reportedly shown flying in an empty room at the conference but was not shown taking off or landing. It normally sits in a charging dock when not in use with its camera blocked.

After training the drone where to look, it can effectively patrol one level of your home, according to Engadget. 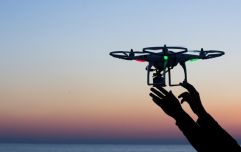 WATCH: Man in Cork uses drone to successfully free woman who had locked herself in the toilet

END_OF_DOCUMENT_TOKEN_TO_BE_REPLACED

You can also set quick routes for it to follow by inputting multiple paths and waypoints, allowing it to head straight for rooms homeowners might be most concerned about.

The drone utilised the same technology as robot vacuum cleaners and electric cars, to create a map of areas it is activated in.

Despite the unveiling, reports suggest the device probably won't be widely available until 2024. 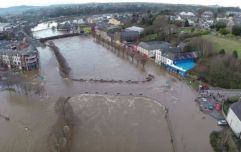 END_OF_DOCUMENT_TOKEN_TO_BE_REPLACED

Founder Jamie Siminoff told the Verge: "We are looking forward to – in the next short future – shipping it out to customers at high volume." One of the issues has been making it affordable for customers, with Siminoff adding: "If it was a $2,000 product, we could put the sensors on it today, and it would be fine."

The delay in making the device available, media reports suggest, is because of the cost of cramming all that tech into a tiny device and making it affordable, along with making it for fit for indoor use.

The device is also likely to raise concerns about privacy.

Owners of Ring’s popular video doorbell can already share their footage with others online and police forces can request the footage.

"Customers can select predetermined paths where the lightweight camera can fly, enabling them to use just one camera to check on multiple locations in their home while away.

"Whether it’s checking if a window is open or the stove was left on, customers can always know what’s happening at home with Always Home Cam."

popular
The Last Of Us Episode Five will premiere days earlier in Ireland and UK
5 years ago, Hollywood took a massive gamble on a huge sequel... and lost big time
Shock as blues singer beats Adele, Beyonce and Taylor Swift to win Song of the Year Grammy
One of the most underrated crime thrillers of recent years is among the movies on TV tonight
Ben Affleck's bored expression at the Grammys becomes a meme
The first reviews for Hogwarts Legacy are absolutely stellar
Amazon Prime Video has just added 21 big movies to its library
You may also like
1 year ago
Drone with sausage attached helps save dog from drowning
3 years ago
Win phones, drones, headphones and more every day until 31 December
3 years ago
LISTEN: The exchange between a pilot and Air Traffic Control after drone spotted at Dublin Airport
3 years ago
Dublin Airport explain what happened during drone incident on Thursday morning
3 years ago
Dublin Airport temporarily suspended all flights due to drone sighting (Updated)
4 years ago
WATCH: Stunning drone footage of Connemara following recent snowfall
Next Page