RIP all your fave memes: Twitter has just announced it is killing off Vine.

In a statement published by the company on Wednesday, Twitter announced it will be discontinuing its short-form video app "in coming months."

As we understand it, Twitter will not be deleting all of our favourite six second clips. Yet. 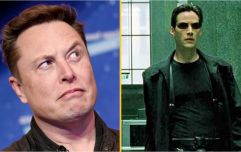 END_OF_DOCUMENT_TOKEN_TO_BE_REPLACED

"We value you, your Vines, and are going to do this the right way," the company said in a Medium post.

"You’ll be able to access and download your Vines. We’ll be keeping the website online because we think it’s important to still be able to watch all the incredible Vines that have been made."

The memes. The football loops. The stop motion magic. It's all gone.

The announcement to discontinue Vine comes as part of Twitter's strategy to reach profitability in 2017.

END_OF_DOCUMENT_TOKEN_TO_BE_REPLACED

As part of its third-quarter earnings report on Thursday, Twitter also announced it will lay off 9 percent of its workforce, roughly equating to around 350 employees.

Since its birth in January 2013, Vine quickly became home to a collection of inventive storytellers, pushing the boundaries of what was possible with storytelling and motion film by making some of the best damn tales in less than six seconds.

It was also really good for sports coverage.

And now it is to be killed off. A combination of the Instagram video, and the slow removal of key Vine co-founders left Vine's growth to slow down.

2016 has taken a lot from us this year. But we did not think we would also lose the memes.