Rise of the Machines: Is a robot coming to take your job?

Technology does plenty for us, from giving us magical internet in a box to finding cures for diseases and aiding research, but as things get more advanced, it's looking likely that robots will be involved in our day to day lives. However, they might not just be there to help, some of them might be tikin' urh juuurbs. 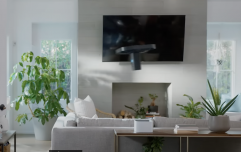 END_OF_DOCUMENT_TOKEN_TO_BE_REPLACED

Thankfully, Carl Benedikt Frey and Michael Osborne, of the University of Oxford, have put together some figures on what jobs may be at risk from robots, and argue that 47% of job categories are open to being automated within the next twenty or so years. The chart below was compiled on the basis of their research, and lists a whole host of jobs that could be at risk. The closer the umber gets to 1, the more likely it is that the job can be done by a robot and will be in the future. 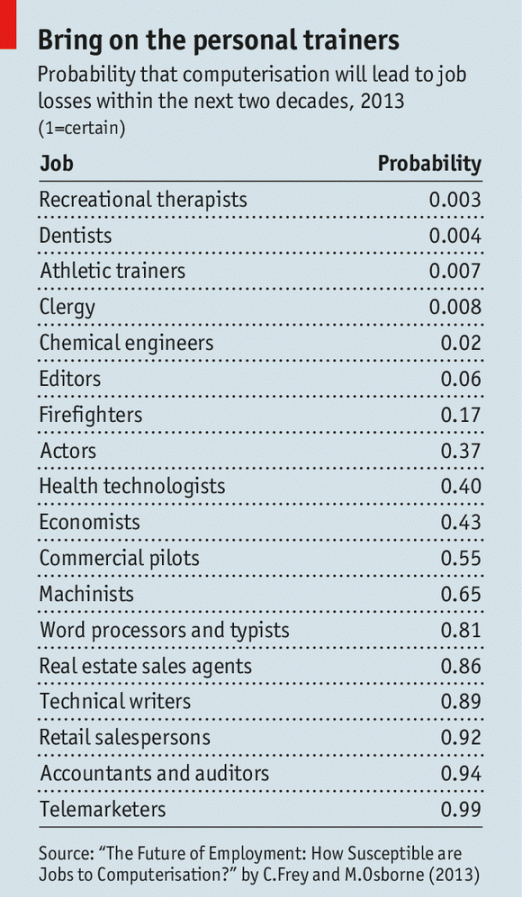 We've spent many seconds studying this data and have thus decided that the only reasonable course of action left is to become a personal trainer who is also a priest and works on the weekend (but not the Sabbath) as a dentist.

Hat-tip to Know More from the Washington Post, The Economist and blog.agogo.com for the pic

popular
5 years ago, Hollywood took a massive gamble on a huge sequel... and lost big time
Netflix has just added 12 very big movies to their library
One of the most underrated crime thrillers of recent years is among the movies on TV tonight
Mystery over 'dead husband' spotted in Indian restaurant has been solved
QUIZ: JOE's Big News Of The Day Quiz #40
The JOE Friday Pub Quiz: Week 332
Can you ace this ultimate Brendan Fraser quiz?
You may also like
1 month ago
Bartender sends boss brutal three-word response after 3am text
3 months ago
Spoof job advert for UK Prime Minister seeks people lacking "moral fortitude"
1 year ago
You can now get paid to watch Netflix and nap
1 year ago
You can now get paid almost €6,000 to watch every episode of The Simpsons
2 years ago
Disney are offering you a dream job based in Dublin
3 years ago
Dublin Zoo is looking for elves to work with Santa this Christmas
Next Page