Of the fifteen new Ultimate Team Legends named in the game, where do you think Roy Keane sits?

One of the best reasons to get the latest version of FIFA is to have a chance to play with Roy Keane in your Ultimate team. The Cork man is one of 15 new legends announced a while back and now we have the ratings for them. 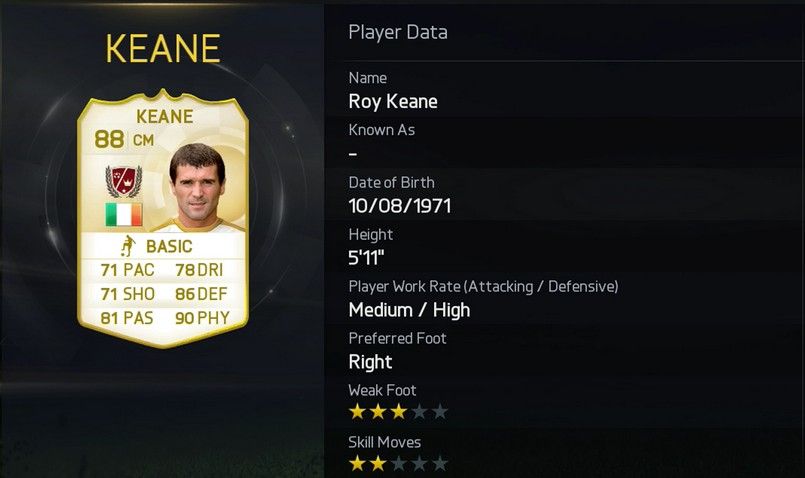 END_OF_DOCUMENT_TOKEN_TO_BE_REPLACED

Fans will be pleased to see his number at 88 but where does that put him in the new 15 legends announced? Smack, bang in the middle at No 9, ahead of the likes of Carlos Valderrama (15) and Bobby Moore (11), but behind the likes of Laurent Blanc (7), Alan Shearer (6) and former team-mate Peter Schmeichel (4).

Top of the new faces is the imperious Franz Beckenbauer. Hard to argue... 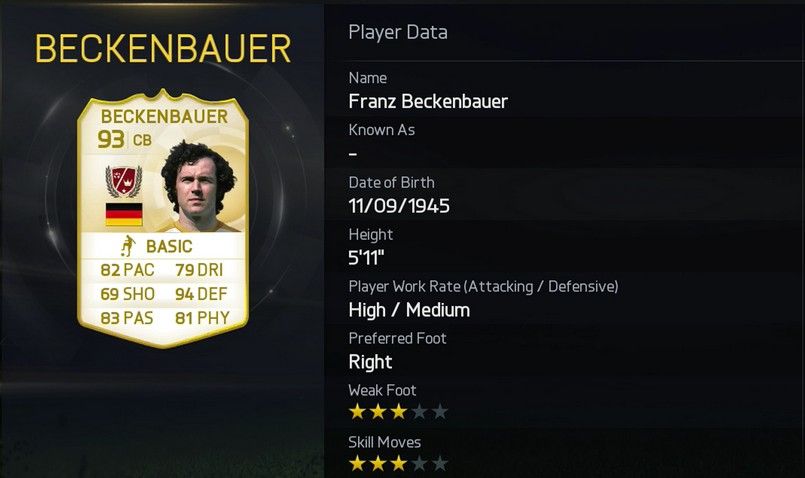 popular
Netflix has just quietly added 12 big movies to its library
Seven more suspected cases of unexplained hepatitis in Ireland under investigation
Amazon Prime Video has just added 21 big movies to its library
A thrilling '90s war film is among the movies on TV tonight
Couple injured after alleged homophobic attack in Dublin
Has anyone seen Mr Tayto?
Derry Girls fans in bits following emotional season finale
You may also like
1 day ago
PlayStation unveils all-new PS Plus game line-up
5 days ago
Two of 2022's biggest, most-anticipated games have been pushed back to 2023
6 days ago
JOE Gaming Weekly - Streets Of Rage fans might love this week's big new release
1 week ago
WATCH: New gameplay footage from Gotham Knights looks absolutely incredible
1 week ago
JOE Gaming Weekly - FIFA cross-platform play is on the way
2 weeks ago
The free subscription games coming to PlayStation and Xbox in May
Next Page