Late last week a boatload of GTA V information was leaked online, but the guys at Sony were quick to say sorry for the blunder.

Thankfully, the leak didn’t ruin the game for most of us, but some people were rather disappointed to hear about the exposed content. According to the guys at Kotaku, “a digital file of the game was inadvertently made available through the Europe PlayStation Store to those who had pre-ordered the game there.”

Basically, a 'pre-order download' allows you to download some of the game's files before the official release so that you can play it as soon as it’s available to everyone else. However, a bunch of hackers and other tech-wizards managed to dig through the files to uncover some GTA truths... 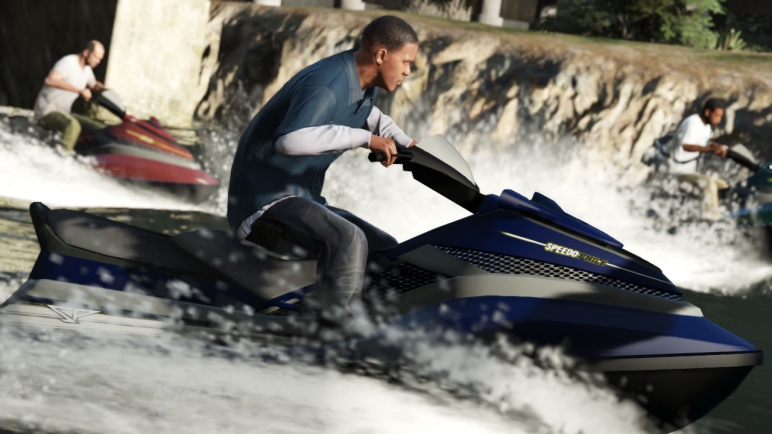 END_OF_DOCUMENT_TOKEN_TO_BE_REPLACED

So what was leaked? (SPOILER ALERT: clicking the following link may reveal spoilers. You have been warned) Well, apparently the game’s soundtrack, along with the in-game loading screen, were leaked along with the file size of the game.

So what did Sony have to say about the whole fiasco? Here’s a look at what they had to say over on the PlayStation Blog:

END_OF_DOCUMENT_TOKEN_TO_BE_REPLACED

“Regrettably, some people who downloaded the digital pre-order of Grand Theft Auto V through the PlayStation Store in Europe were able to access certain GTA V assets. These assets were posted online.

“We have since removed the digital pre-order file from the PlayStation Store in Europe. We sincerely apologize to Rockstar and GTA fans across the world who were exposed to the spoiler content.

“GTA V is one of the most highly anticipated games of the year with a very passionate following, and we’re looking forward to a historic launch on September 17.”

popular
Amazon Prime Video has just added 21 big movies to its library
One of Liam Neeson's best ever performances is among the movies on TV tonight
Emirates is looking to hire cabin crew members in Ireland for tax-free jobs
Shock as dead dolphin vandalised with graffiti on Dublin beach
Amber Heard "fought really hard" to appear in Aquaman 2 despite pared down role
Has anyone seen Mr Tayto?
PlayStation unveils all-new PS Plus game line-up
You may also like
8 hours ago
PlayStation unveils all-new PS Plus game line-up
4 days ago
Two of 2022's biggest, most-anticipated games have been pushed back to 2023
5 days ago
JOE Gaming Weekly - Streets Of Rage fans might love this week's big new release
1 week ago
WATCH: New gameplay footage from Gotham Knights looks absolutely incredible
1 week ago
JOE Gaming Weekly - FIFA cross-platform play is on the way
2 weeks ago
The free subscription games coming to PlayStation and Xbox in May
Next Page