Whether you're using Tinder, Plenty Of Fish, Grindr or what-have-you, the most important thing is to have a great pic in order to get any potential love interest's attention.

There are still - STILL! - some folk out there who are breaking some cardinal rules, such as don't post headless torso pics of yourself, try to keep gym selfies to a minimum, and if all of your pics of group shouts then yes we know you have friends, but we're not going to play Guess Who just to figure out who you are.

Plus, if you've got someone more attractive than you in your group pics, then we're just going to hope its them and will be disappointed when its not.

END_OF_DOCUMENT_TOKEN_TO_BE_REPLACED

Anyways, while we're stressing over finding just the right primary pic, it turns out we shouldn't be doing it at all, as the best person to do this job for us is a complete stranger.

Researchers at the University of New South Wales in Australia put together a study titled Choosing face: The curse of self in profile image selection, and found that when you pick your own profile picture, it was likely to get a less favourable reaction from the masses than those chosen by complete strangers for you.

And it wasn't just for dating profiles, as it turns out strangers are better equipped at finding you a more professional pic of yourself for LinkedIn, or a more well-rounded likeable pic for your Facebook profiler. 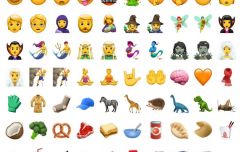 END_OF_DOCUMENT_TOKEN_TO_BE_REPLACED

"Previous work has shown that people make inferences about an individual's character and personality within a split second of seeing a photograph of their face, so our results have clear practical implications; if you want to put your best face forward, it makes sense to ask someone else to choose your picture."

So there you have it. Wanna get dates with strangers? Let strangers do the work for you!

popular
Wrestling legend Hulk Hogan 'paralysed from the waist down'
Harvard study reveals how many times men should ejaculate each month to stay healthy
Omniplex Cinemas are hiring for an awesome and very rare job
Prime Video has just added one of the best dramas of the last decade
Richard Madeley apologises after calling Sam Smith 'he' and bungling guest's pronouns
Police special operations unit seize mother's e-scooter after she took child to school on it
Parents left in shock after gorillas start mating in front of kids at zoo
You may also like
1 month ago
Sports reporter asked to cover snow storm goes viral thanks to his cranky coverage
2 months ago
Ireland AM star suffers 'double whammy' of slip ups live on air
2 months ago
The Menu works because it makes fun of absolutely everyone
2 months ago
The West Wing actor shares hilarious response to Piers Morgan interview offer
3 months ago
Graham Norton reveals the one celebrity he'd love to have interviewed
4 months ago
WATCH: Bridge is officially opened... before immediately collapsing once ribbon is cut
Next Page