TD hits out at Eir over "unlimited" package, calling it "unfair and deceitful"

In a statement issued on Monday afternoon, Doherty said he had recently been contacted by an elderly couple in Donegal who had signed up for the 'eir Broadband Talk Mobile World' package. 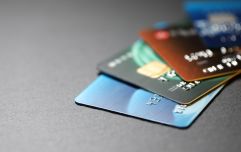 END_OF_DOCUMENT_TOKEN_TO_BE_REPLACED

However, the couple found that their landline had been disconnected in the middle of their billing cycle.

Doherty said: "They were told that they had exceeded the fair usage caps in the small print of the contract. Eir then refused to reconnect the couple’s landline without first receiving payment in the amount of hundreds of Euro. This is grossly unfair, deceitful and is deliberately misleading and dangerous."

"These providers are offering so-called 'unlimited' calls to customers as part of their packages. The reality is very different, and these packages are in fact limited and subject to fair-usage caps in the small print of the contract.

"The couple, who are pensioners, had chosen this package to make sure they could stay in touch with family and friends before the crisis. As the crisis developed, they relied on their landline as their link to the outside world," Doherty said.

Caps for international calls to landlines stand at 1500 minutes, with a daily usage cap of 200.

The cap for calls to international mobile is 1000. The UK is included in those caps.

In a statement to JOE, eir said: "This customer’s issue was resolved over a week ago."

Doherty has called on Eir and other service providers to "cut the nonsense and be clear with customers. Service providers need to stop hiding behind the small print and misleading people."

"The package is either unlimited or it is not," he said.

popular
One of the best Irish movies ever made has just been added to Netflix
Social welfare recipients to receive Christmas bonus this December
Amazon Prime Video has quietly added 10 big new movies to its library
8 great new additions to Amazon Prime Video in December
Ryanair condemns new Covid test rules for arrivals in Ireland as "gobbledygook"
Mica action group and Donegal TDs criticise government redress scheme
CONFIRMED: Face masks recommended for children as new rules for arrivals to Ireland announced
You may also like
4 weeks ago
10 unreal spots you need to visit on your next trip to Donegal
1 month ago
Priest blesses local nightclub in the most Donegal thing imaginable
1 month ago
Donegal man banned from owning dogs for five years after neglect
1 month ago
"A humanitarian crisis" – Mica protestors speak out on The Late Late Show
1 month ago
Stunning photo of Donegal scoops prize in National Geographic competition
2 months ago
Met Éireann issues status yellow weather warning for three counties as thunder and rain to batter the country
Next Page