There's a late entry in the console wars, the Xi3 Piston living room PC for Steam

A sort of unofficial/semi-official Steam console is headed to your living room, with some pretty impressive specs...

Steam is one of the gaming platforms that has gathered a lot of pace over the last few years, and there are a whole bunch of great games, especially from indie developers, available on it. Recently, the push to get more people involved with Steam has brought them around to the idea of producing some form of platform for their games, and the Piston living room PC, a not-fully-official-but-comes-with-Steam-games-installed box, might be the best vehicle yet for it.

However, the Xi3 Piston is going to set gamers in the United States back about $999, although it will ship with Steam games preinstalled, so you at least get some of your cost back in that sense. That still seems quite steep, but they don't intend for this product to be simply a console, it's your entire home entertainment system, inside a little black box that measures four inches high and wide. That's right, this machine is hugely powerful and tiny.

END_OF_DOCUMENT_TOKEN_TO_BE_REPLACED

The whole system is modifiable, with extra SD card slots for more memory, as well as having a 128GB HD installed, and space to upgrade to 1TB. Not only that, but if you feel that you need a more powerful processor (keeping in mind that the quad-core AMD chip inside has been clocked at 3.2 Ghz and there are 8GB of RAM in this bad boy), you can get inside, and upgrade the I/O boards without having to scrap the machine or wait for the next console cycle. It can also support three displays at the same time, which would be a pretty sweet gaming set up we must admit.

What the Piston seems to be hoping to do, according to Tom'sHardware.com, is unite PC gamers and console gamers with one machine, that also bridges the gap between the gamer who plays at a computer desk and the gamer who plays in their living room. However, because this thing is only four inches, it's also perfect for the hard-core gamer who has a virtual reality device, as you can just slap this bad boy on your back, as this handy illustration from the Xi3 website shows. 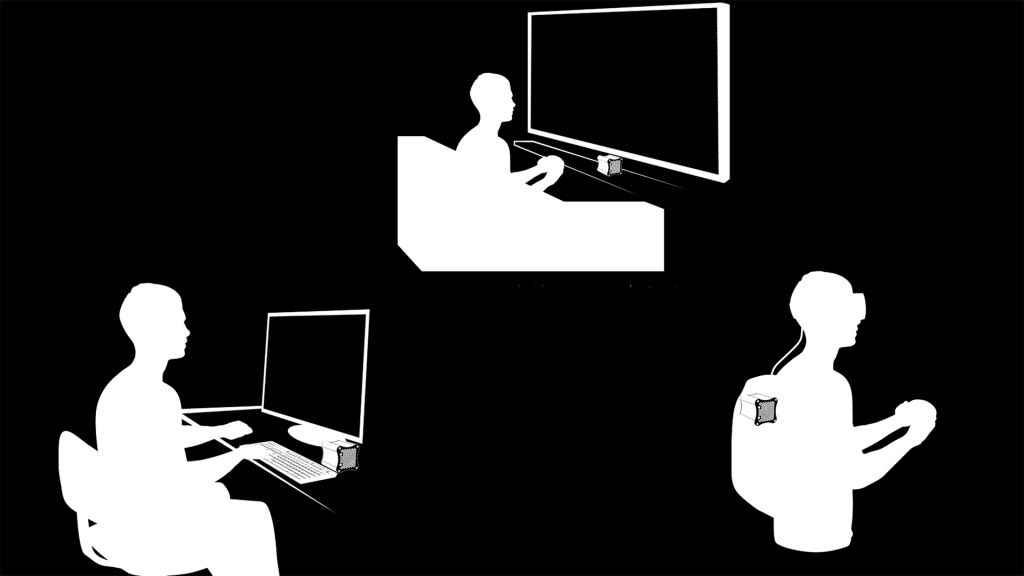 We must admit that at first we were pretty cynical about it given the price tag, but by the end of reading all about it, we decided we pretty much had to have it. They've decided to launch right around Thanksgiving over in America on Black Friday, so we won't have long to wait to try it out, but first, does anyone have a spare $1000 for us?

House of Rugby Ireland · Quinn Roux on finding a home in Ireland and Mike McCarthy brings the absolute HEAT!
popular
The 50 most iconic songs of all time* have been revealed
QUIZ: Name all the countries of the EU that contain 2 vowels or less
Man arrested and charged for breaching Covid regulations in Kildare
This hidden Back to the Future 'mistake' has a subtly brilliant explanation
QUIZ: Can you name the Marvel Cinematic Universe film from just a single screen shot?
QUIZ: Can you name all the teams in the NBA from their locations?
PICS: The man with the biggest penis in the world has one unbelievable problem with it
You may also like
1 month ago
EA releases FIFA 21 upgrades a day early, available now
1 month ago
EA Sports respond to 'baseless' lawsuit over alleged scripting in FIFA 21
1 month ago
PS5 controller trigger will tighten to indicate player fatigue on FIFA 21
2 months ago
Assassin’s Creed Valhalla review: The best in the series so far
2 months ago
PlayStation 5 review - A giant leap forward in video game consoles
2 months ago
All you need to know about Assassin's Creed Valhalla
Next Page