There's an emoji for gingers on the way, but you're going to have to wait

An online petition demanding a ginger emoji gathered over 20,000 signatures and tech bosses in California are going to discuss the possibility next week.

About time because a lot of people were getting very angry about its absence.

The move will be very popular here in Ireland where redheads make up 10% of the population while 13% of Scotland are ginger, that's where the petition actually started. 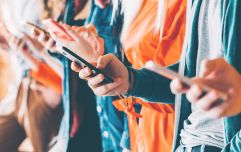 END_OF_DOCUMENT_TOKEN_TO_BE_REPLACED

The potential introduction will be discussed at Apple's Unicode Technical Committee meeting in San Francisco next weekend, but Jeremy Burge from Emojipedia says it'll be a while before the emoji will be in use.

Speaking to the Telegraph, he said, "With Unicode 10.0 just months away from release, the redhead emoji would likely appear in 2018 at the earliest."

Apparently adding an emoji isn't as straight forward as you'd think, they have to agree a design with every mobile company and social media platform which takes a long time.

It's on the way though, but your ginger friends will just have to have a little patience.

popular
Conor Mcgregor hit by car ‘at full speed’ while cycling
New Netflix series deserves to be as big as Stranger Things
The JOE Friday Pub Quiz: Week 331
Couple left mortified after best man delivers incredible punchline during speech
Peaky Blinders creator on the lookout for 'skinheads' for new drama
All of the new Netflix movies and shows arriving in February
DJ accidentally shoots herself in the face with a confetti cannon while performing
You may also like
9 months ago
Amazing video shows how mobile phone stopped bullet from killing Ukrainian soldier
3 years ago
Nokia's new 'Hercules of phones', the Nokia 800 Tough, is now on sale in Ireland
3 years ago
Vodafone services appear to be down for the majority of Ireland
4 years ago
First details leaked for Apple's three new iPhones set to be launched in Late 2018
4 years ago
Turns out that a number of Samsung Galaxy phones may be vulnerable to hacking
4 years ago
This 'airbag' for your mobile phone will prevent the screen from ever smashing
Next Page