"The hosts beautifully communicate how a tragedy can impact a town and its people in devastating ways."

We're fans of the West Cork podcast here at JOE, and we're not the only ones, with the likes of Louis Theroux taking to Twitter to praise the Audible Original:

My new favourite true-crime podcast (I’m four and a half episodes in) RT: https://t.co/7KjEiOIPyd pic.twitter.com/M9zvtpxOZO

Just finished episode 8 and it just gets weirder and more engrossing. https://t.co/3hA8r4HYDf

If you're unfamiliar, West Cork is a true crime podcast series that goes in-depth on the case of Sophie Toscan du Plantier, who was found dead outside her home in Schull, County Cork on 23 December 1996. 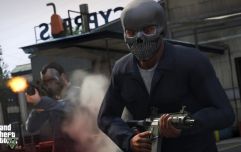 JOE Talks Tech: A beautiful GTA V gameplay trailer, a look at The Last of Us, and Sony's latest phone

END_OF_DOCUMENT_TOKEN_TO_BE_REPLACED

The 13-part undertaking has been favourably compared to fellow true crime sensations Serial and Making a Murderer, though this one has a distinctly, intriguing Irish flavour.

West Cork features interviews with Sophie Toscan du Plantier's family and friends, detectives who worked on the case, forensic experts, witnesses, and Ian Bailey; a local journalist and the chief suspect in the killing who was arrested twice during the investigation and who continues to maintain his innocence today.

And now, Time Magazine has named West Cork as one of the very best podcasts in the world on its rather prestigious list of the 50 finest around, highlighting both its rich sense of place and the delicate presentation of its hosts.

In 1996, a French woman was murdered near her vacation home in the idyllic town of West Cork, Ireland. The crime has become something of a national sensation in Ireland — which means listeners should resist Googling details until after they’ve finished the podcast. But this podcast doesn’t just recount events: Journalist Sam Bungey and documentarian Jennifer Forde, who spent three years reporting out West Cork, also explore several lesser-known theories. There’s also a major twist that will shock listeners. But the show’s real strength is establishing a sense of place. The hosts beautifully communicate how a tragedy can impact a town and its people in devastating ways.

popular
Coleen Rooney 'confident she's won' Wagatha Christie trial against Rebekah Vardy, according to reports
Belgium becomes first nation to introduce compulsory monkeypox quarantine
QUIZ: Can you name all 50 states of the United States of America in 10 minutes?
Tory MP facing drink spiking claims as one fellow politician woke up to find 'nipples being licked'
Met Éireann issue warning for potato blight this week
The JOE Movie Quiz: Week 155
The JOE Friday Pub Quiz: Week 295
You may also like
8 months ago
Joe Rogan tests positive for Covid-19 after telling listeners not to get vaccine
11 months ago
EXCLUSIVE: Listen to Paul Mescal's song ahead of release of new Irish crime podcast series
1 year ago
JOE's new podcast series will be giving weekly breakdowns of The Fast & Furious Saga
2 years ago
Any Scrubs fans out there should really be listening to this podcast
2 years ago
Louis Theroux is to launch his own podcast next week
2 years ago
Two of the stars of The Office US to reveal behind-the-scenes stories on new podcast
Next Page