It was first promised in 2015 but was repeatedly delayed.

The long-delayed measure, which was first promised in 2015 and first due to come into effect last year, will not be commencing following repeated delays. 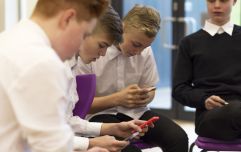 END_OF_DOCUMENT_TOKEN_TO_BE_REPLACED

The delays were caused by legal, practical and technical difficulties.

In simple terms, the plan was to require pornographic websites to verify users are over 18 before they view content.

Digital Secretary Nicky Morgan confirmed that the plans "will not be commencing".

“The Digital Economy Act objectives will therefore be delivered through our proposed online harms regulatory regime," Morgan said in a statement.

"This course of action will give the regulator discretion on the most effective means for companies to meet their duty of care.”

Critics warned that many under-18s would have found relatively straightforward to circumvent the restrictions using virtual private networks (VPNs), or indeed view it on websites not categorised as pornographic sites but still host pornographic materials.

They also suggested the law could leave people more susceptible to blackmail if their viewing habits were stolen by hackers.

popular
QUIZ: Can you identify these capital cities on a map?
€500 on-the-spot fines to be introduced for breaches of Covid-19 restrictions
HSE to ask people who tested positive at weekend to alert their own close contacts
Gogglebox Ireland to change its cast due to new Covid-19 restrictions
QUIZ: Identify these movies from the 2000s from a single image
Hands on with Huawei's best smartwatch, the Watch GT 2 Pro
Level 5: What is a social bubble and who can have one?
You may also like
1 hour ago
Teenager dies following hit and run in Louth
4 days ago
Man arrested after stabbing in Dublin
6 days ago
Aaron Brady sentenced to life in prison for the capital murder of Detective Garda Adrian Donohoe
1 week ago
Appeal for witnesses following fatal tractor crash in Kilkenny
1 week ago
Gardaí investigating after man found on the N3 dies in "unexplained circumstances"
1 week ago
ISPCA rescues dog found locked in a crate in the midlands
Next Page