With Gamescom taking place in Germany this week, we can expect a whole heap of updates and announcements on the video game front, and today the biggest news has come from the lads at Electronic Arts, who've been giving us another sneak peek at a feature they've added to FIFA 14.

END_OF_DOCUMENT_TOKEN_TO_BE_REPLACED

Fans of the beautiful game have long dreamed of fantasy lineups featuring the legends of the past and the superstars of today and in this year's FIFA Ultimate Team mode, only on Xbox 360® and Xbox One®, you'll be able to bring them together at last.

There's a huge list of stars of years gone past, including Freddie Ljunberg, Ruud Gullit and Dennis Bergkamp which you will be able to add to FIFA 14 Ultimate Team starting XI.

Each football legend will have unique attributes based on their skills and flair during the peak of their careers, and will be randomly inserted into FIFA 14 Ultimate Team Gold Packs beginning at the launch of the Xbox One. There will be more than 40 of the legends available, including Lothar Matthaus, Ruud Van Nistelrooy, Henrik Larsson, and a whole range of others. 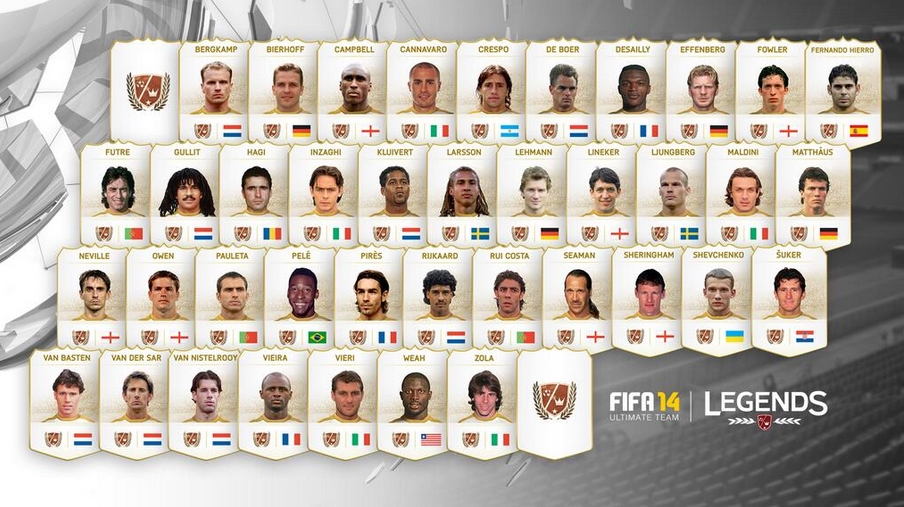 As if that wasn't good news enough for the Xbox fans out there, if you've preordered the Xbox One, then you'll get a free copy of FIFA 14 when the console launches.