VIDEO: The strength of the legendary Nokia 3310 is tested with a hydraulic press

According to legend, the Nokia 3310 is unbreakable.

Rumour has it that director M Night Shyamalan wanted to cast the phone in the lead role of his movie Unbreakable in 2000. He went with Bruce Willis instead. 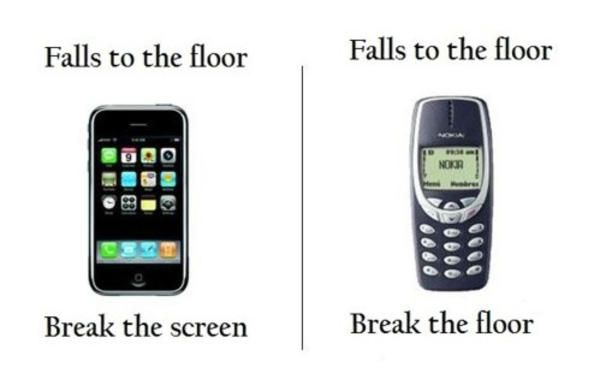 The guys on YouTube channel Hydraulic Press Channel wanted to investigate the urban legend that surrounds the strength of the famous old phone, so they tested it with a hydraulic press.

popular
The JOE Friday Pub Quiz: Week 307
Thunderstorms and heavy rain to end Ireland's current heatwave
Record for hottest August day in Ireland ever has now been broken
Anne Heche dies one week after car crash, aged 53
Shooting stars set to light up Ireland's skies this weekend
An exciting Irish crime thriller is among the movies on TV tonight
WATCH: Flight makes scary 'lowest ever landing' at Greek airport, narrowly avoiding plane spotters
You may also like
2 weeks ago
Sky Glass confirmed to launch in Ireland this August
3 weeks ago
Microsoft could be sizing up to buy Netflix, claims analyst
1 month ago
Half of the internet stopped working due to outages
1 month ago
A new rival to Revolut is set to launch in Ireland
1 month ago
Google suspends employee after claiming an AI had become sentient
2 months ago
Apple to introduce 'Safety Check' feature to assist victims of abusive relationships
Next Page