VIDEO: Pokemon Go has taken over Central Park, and it's coming to Ireland

This is crazily popular in America and Australia.

Pokemon Go seems to be the talk all over the world right now and it's only a matter of time before it wings its way over to these shores.

The release date for the official app in Ireland and the UK has been pushed back due to an unexpected wave of traffic on the developer's, Niantic, servers so it may be a while yet, but there's no doubt it'll be here at some stage.

The app is hugely popular in the US with 6% of US Android users downloading the app over the past week or so.

A video taken in Central Park in New York shows just how popular the app has become in a short period of time.

Pokemon GO is just insane right now. This is in Central Park. It's basically been HQ for Pokemon GO. pic.twitter.com/3v2VfEHzNA 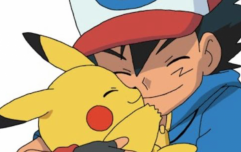 END_OF_DOCUMENT_TOKEN_TO_BE_REPLACED

The app now has more active users in the US than Tinder, and is closing in quickly on Twitter.

We think that there's surely an opportunity here for some kind of Pokemon related dating app... like along the lines of Netflix and chill.

Maybe in the future the new app will be, Go and Chill, where you can meet up with people with similar Pokemon interests for a date...