VLC Player temporarily affected by very dangerous security flaw, but it's been patched

Do you use VLC Player?

Basically, most people who torrent movies and TV shows watch them on VLC player.

Shockwaves were sent through the tech world on Thursday when a German security agency called CERT-Bund discovered what appeared to be a dangerous security flaw in the software.

The security watchdog gave the software a score of 9.8, describing its vulnerability as critical.

Tech webiste Gizmodo had made the claim that:

"The vulnerability allows for RCE (remote code execution) which potentially allows bad actors attackers to install, modify, or run software without authorisation, and could also be used to disclose files on the host system.

"Translation: VLC’s security hole could allow hackers to hijack your computer and see your files."

VideoLAN, the developer behind VLC Player, has since gone on the offensive, excoriating several publications for repeating the claim without contacting them for comment. 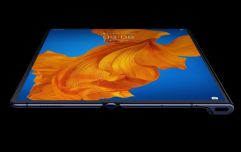 END_OF_DOCUMENT_TOKEN_TO_BE_REPLACED

"The issue is in a third party library, called libebml, which was fixed more than 16 months ago."

They further revealed that a patch had been issued for the flaw 16 months ago, and CERT-Bund has downgraded their risk to 5.5 — alongside the comment, "Victim must voluntarily interact with attack mechanism."

About the "security issue" on #VLC : VLC is not vulnerable.
tl;dr: the issue is in a 3rd party library, called libebml, which was fixed more than 16 months ago.
VLC since version 3.0.3 has the correct version shipped, and @MITREcorp did not even check their claim.


popular
Singer Duffy reveals she was drugged and raped while being held captive
One lucky player in Ireland is €500,000 richer after Tuesday night's Euromillions draw
QUIZ: Can you name the capital cities of these 30 countries? (Part Two)
Met Éireann issues snow/ice warning for three counties
IRFU seek urgent meeting with Simon Harris over "specific reasoning" behind Ireland vs Italy game cancellation
Lonely Planet have created an alternative bucket list for those travelling around Ireland
These are the 10 most popular movies and TV shows on Netflix in Ireland right now
You may also like
2 months ago
QUIZ: How many of these classic video-games can you name from a single image?
2 months ago
Warning issued to consumers over online retailer Click.ie
2 months ago
Irish mobile network GoMo to end €9.99 per month for life offer in January
2 months ago
REVIEW: Huawei FreeBuds 3 - The Android answer to AirPods
2 months ago
TikTok apologises for deleting account of teen who went viral with political video
2 months ago
Revolut warn users they're experiencing some "technical issues" with their app
Next Page