Five World Cup players we all thought were great... but turned out to be sh*t

But he looked great during the World Cup...

Here at JOE we reckon that part of the World Cup's charm is finding the next football superstar. We all remember a teenage Pele scoring in the '58 final, Michael Owen tearing Argentina apart in '98 and Gary Breen showing the world why he is considered the greatest player of all back in '02. Transfers after the World Cup don't always work out though...

So remember JOE readers (and Premier League scouts), while you're watching the World Cup this year try not to get your hopes up too much... although that Mexican keeper does look like THE GREATEST PLAYER WE'VE EVER SEEN IN OUR LIVES.

Yes, he of the the apostrophe.

When JOE looks at the list of former World Cup winners that have played in the Premier League, his name still gives us the 3am shakes. If anyone has ever questioned the genius of Zinedine Zidane (if you know people who have then please hit them for us), just look at any of Guivarch's "performance's" in France '98. The phrase "couldn't hit a cow's arse with a banjo" comes to mind.

There is a reason why he was substituted in almost every game. 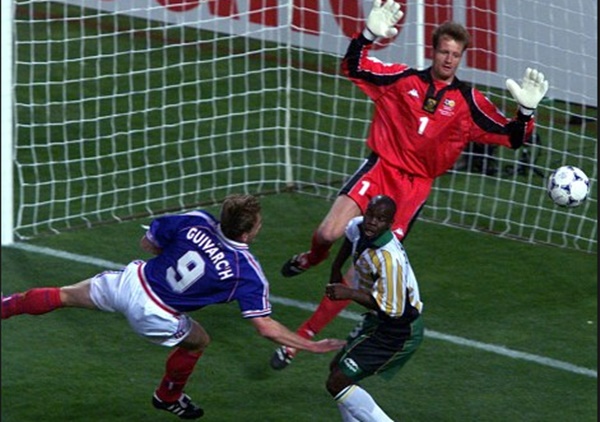 Newcastle spent £3.5m on the striker but he only lasted three months at St. James' Park before being sold to Rangers. He may tell his grandchildren that he is a World Cup winner, but I'm sure he forgets to also tell them that he was also named the Premier League's worst ever striker.

No. It was Kleberson. 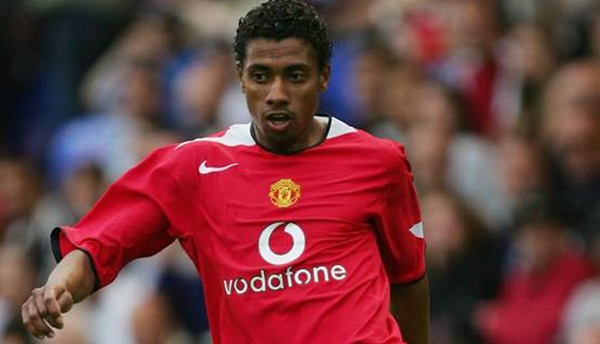 To his credit, the midfielder looked the part in Japan/S.Korea where he even set up a goal for Ronaldo in the final, but that would be the start of his decline. He signed for United in '03 , after building a solid reputation with Brazil, but he was injured in his second game and only managed to make 26 appearances for the club in two seasons. Veron, Djemba-Djemba, Liam Miller and Kleberson AKA the Golden Age of Man Utd midfielders.

We might blame Paul McGrath for this one. Roy Evans decision to sign the defender had to be influenced by his impressive USA '94 campaign. Babb looked like a world beater but only because McGrath was so brilliant in that tournament.

To be fair, McGrath would even have made JOE look like Fabio Cannavaro .

The £3.6m that Liverpool paid for Babb made him Britain's most expensive defender at the time and he did manage to spend 6 seasons at Anfield. Despite an encouraging start to his career at Liverpool, his positional sense was often poor and he was prone to lapses in concentration. Gerard Houllier showed him the door in 2000 but JOE's memory of him in the famous jersey will always be this.

JOE likes to think that the defender was the man that broke Mourinho's seemingly unstoppable team in his first spell at Stamford Bridge. Boulahrouz didn't start in the Netherlands's first two group games, however, he did manage to keep Messi, Tevez and Riquelme quiet in their 0-0 draw with Argentina. A better sign of things to come was in he was sent off in an ill tempered last 16 defeat to Portugal.

Two months later, Chelsea signed the versatile defender for £8.5m from Hamburg, but JOE should have known that he would be dodgy right from the beginning; the defender wore the No 9 jersey on his debut.

Our favourite memory of him playing for Chelsea was the moment Robbie Keane put him on his arse at White Hart Lane. No surprise that we was sold soon after.

JOE sometimes wonders if Gerrard Houllier chose his transfer targets based on their ratings in Championship manager. The Senegal duo were so bad for Liverpool that it is impossible to separate them. Diao arrived for almost £6.6m and was frequently played out of position as a defender. Rafa Benitez's arrival at the club saw him replaced by Xabi Alonso, which is a bit like trading a Lada for a Lamborghini.

As for Diouf, well, he made his reputation after terrorising France in their shock opening day 1-0 at the World Cup win, but he also failed to score in that tournament as Senegal reached the quarter finals, a sign of things to come at Anfield following his £10m move from Lens. All he managed were 3 goals in almost 70 games for the Reds.

We reckon he probably has more spitting incidents on his not-so illustrious CV than career goals.