No need for a payslip so, Al?

The former Leeds United man has admitted he doesn't know what he's earning in his new role as player-coach at Notts County.

Speaking to the Nottingham Post, Smith says County's manager Shaun Derry convinced him to sign without discussing or negotiating his salary: "I wasn't interested in it because I wanted to come here,  as soon as I spoke to Shaun and (assistant) Greg Abbott my decision was made."

If you love or hate Smith, that's pretty refreshing stuff but I guess if we earned £60,000 a week for five years at Newcastle, we might be happy with our lot too. 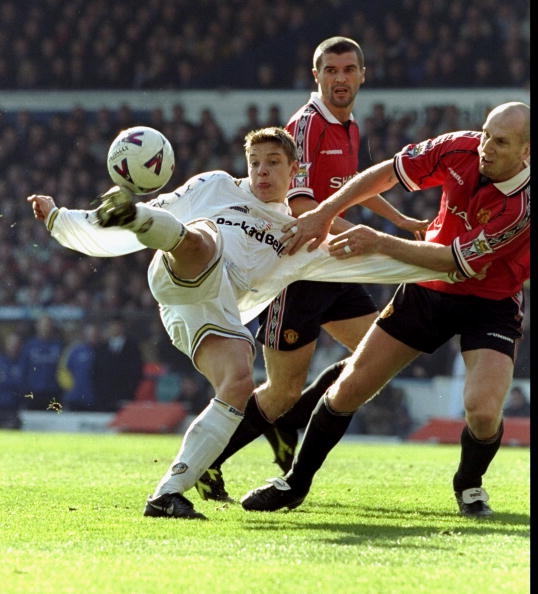 Smith also had a dig at the MLS in America adding: "I'd spoken about going further afield to America, but it never really appealed to me because there's no promotion or relegation and I don't like playing for fun."

His old Leeds teammate Robbie Keane won't like that; the Dubliner seems to be really enjoying his football in LA and he scored another brilliant goal last night. Watch it here.

popular
QUIZ: Can you name every county in Ireland containing the letter 'O'?
An '80s action classic is among the movies on TV tonight
Morgan Freeman has been banned from entering Russia
Three people injured after two-car crash in Dublin
The JOE Friday Pub Quiz: Week 295
Late Late Viewers left in awe of Paul McGrath's memories of Jack Charlton
QUIZ: Get ready for a tricky time with this General Knowledge Quiz
You may also like
1 year ago
COMPETITION: WIN a copy of Eric Cantona's new Manchester United documentary, The United Way, on DVD
1 year ago
Manchester United documentary written by Eric Cantona available to watch at home in Ireland this May
1 year ago
Marcus Rashford launches book club to help kids experience 'escapism' of reading
1 year ago
Paul Pogba releases powerful statement in response to 'fake news' from The Sun
1 year ago
The JOE Pub Quiz: Week 214
1 year ago
Harry Maguire gives his version of events in Mykonos in TV interview
Next Page