Franck Ribery is out of the World Cup

Franck Ribery has suffered a back injury in training and is now out of the World Cup.

France's World Cup hopes were dealt a massive blow when it was confirmed that arguably their most high-profile player, Franck Ribery has been ruled out of the tournament following a back injury suffered in training. 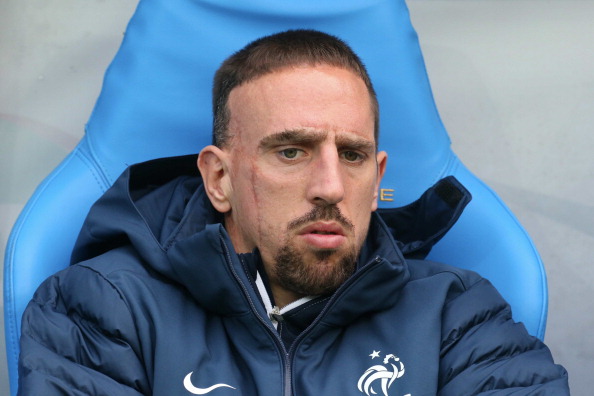 The FFR released a statement saying: "An MRI scan confirmed the sudden worsening of his condition and led the medical staff to conclude his inability to train and play."

France have called up Remy Cabella from Montpellier in his place.

The Big Reviewski || JOE · The Big Reviewski with Dune, a mini-Hangover reunion & the best of Timothée Chalamet
popular
Report: Crew left Alec Baldwin film set in protest before fatal shooting
The JOE Music Quiz: Week 78
The JOE Friday Pub Quiz: Week 266
Here's the line-up for tonight's episode of The Graham Norton Show
9 of the best horror movies on Netflix right now
QUIZ: Time to get down to business with this General Knowledge Quiz
The 50 most iconic songs of all time* have been revealed
You may also like
6 years ago
Video: It's a year today since the most remarkable game of last year's World Cup
6 years ago
Opinion: The late, great Bill O'Herlihy and what made him such a national treasure
6 years ago
Video: The best showboating from this summer's World Cup in Brazil
7 years ago
Video: The Tralee man with the most famous GAA jersey at the World Cup has made a video recounting his amazing experience
7 years ago
GIFs: FIFA reveal the best goals of the 2014 World Cup
7 years ago
FIFA announce a team of the World Cup based on fan votes and it has a few issues
Next Page