We're beginning to think Ronaldo might be an incredibly sound lad.

Cristiano Ronaldo attracted a few headlines recently when he agreed to pay for brain surgery for a ten-month-old Real Madrid fan, but that hasn't been the end of his good deeds of late after another good news story surrounding the Portuguese star came to light last week.

A young fan from Poland by the name of David Pawlaczyk was given a once in a lifetime experience at the Bernabéu for the Champions League game against Borussia Dortmund to see his hero score in the flesh, but he's no ordinary fan.

Last summer, David was involved in an accident and entered into a deep coma, and his parents were trying everything they could to get him to respond. With that in mind, they brought Real Madrid gear to the hospital and even put headphones on him so he could listen to the matches, and on the day that Ronaldo put in THAT memorable performance against Sweden in the World Cup play-offs, David awoke from his coma. 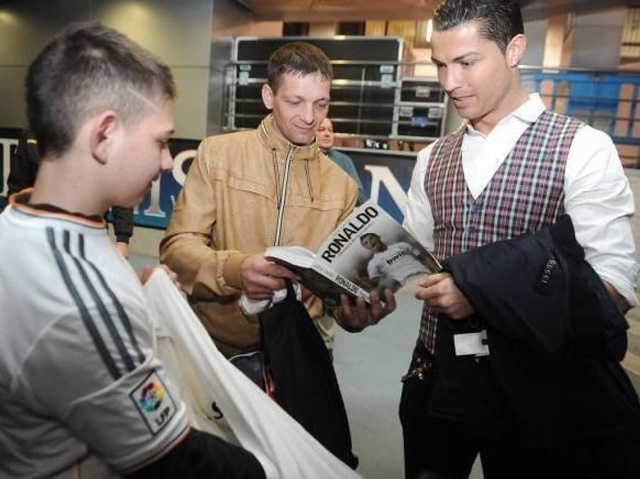 The news made headlines in Poland and news outlet Fakt got wind of it before the amazing tale came to the attention of Ronaldo. He didn't take too long to kick into gear, offering to bring David and his family to the stadium for a huge match, and meeting one of his biggest fans in person to check how he was getting on.

Although the video is in Spanish, it has some footage of David meeting his hero, as well as his journey and unforgettable day in Madrid, which he will surely remember forever.

For a guy who wasn't very well liked just a few short seasons ago, Ronaldo is certainly doing some pretty good work in changing his image, and we must admit that we love this new good-guy Cristiano.

Hat-tip to Cuatro.com and Bleacher Report