The former Liverpool and Leeds player is hanging up the boots

Harry Kewell has decided to bring an end to his footballing career after making 250 Premier League appearances throughout his time with Liverpool and Leeds, as well as nabbing himself a Champions League medal with the Reds in 2005.

Kewell also spent some time in Turkey before returning to Australia, where he is currently plying his trade with Melbourne Heart, and is due to play his final game with them on April 12th. According to the BBC, he might not get to make that last appearance however, as he is currently nursing an injury. 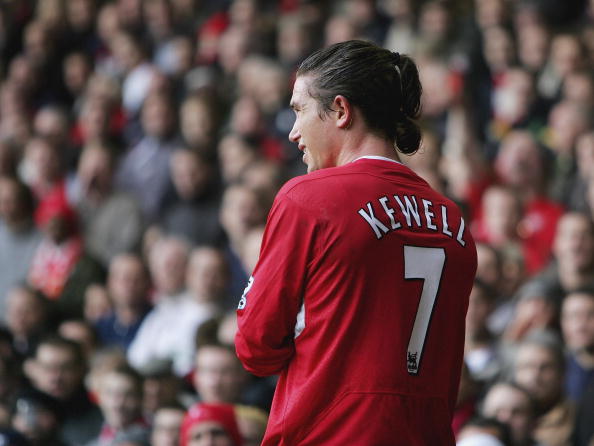 For many, he will (unfairly) be remembered for his terrible luck with injuries, including a strange bout of gout, which later turned out to be septic arthritis, and we have no idea what that even is. He is currently suffering from an abdominal strain, so we do hope that he can recover and get back on the field to bow out in the way that he wants.

However, he was a supremely talented player who always made an impact when he was on the field, which is why the transfer fee to Liverpool was so high in the first place. That's definitely why, no other reason...

There have been plenty of kind messages sent to Kewell on his Twitter feed since he announced that he would be calling it a day earlier, so if you want some nostalgia, head over and get a look at some of his best moments there.

popular
People want "offensive" Crown Paints advert banned after attracting hundreds of complaints
Human remains found in suitcases are the bodies of two children
Netflix has just added 23 very big movies to its library
Disney+ has just added 10 big movies to its library
QUIZ: Can you identify the famous song from the opening line?
New car-free town with population of 85,000 set to be built in Dublin
Here's how to make €9-11 on Revolut in just a few minutes
You may also like
2 months ago
Merseyside police defend ‘exemplary’ Liverpool fans tear gassed by French police
9 months ago
Police issue warning over CCTV footage of Liverpool bomb explosion
9 months ago
Liverpool bomb declared a terrorist attack as police confirm fourth arrest
9 months ago
Liverpool bomb: Taxi driver "locked bomber inside car" after spotting explosives (Report)
1 year ago
Gini Wijnaldum shares his favourite gym exercises for building abs of steel
1 year ago
Armed police close gym near Liverpool after owner refused to shut doors
Next Page