Have you seen the proposed new Wexford GAA jersey?

A picture of the proposed new Wexford GAA jersey has appeared on Twitter and it hasn’t exactly received a generous response.

The picture surfaced on the social networking site earlier today and was subsequently retweeted by Wexford footballer Aindreas Doyle, who wasn’t exactly enamoured by the new design, apparently a throwback to the 1996 Wexford hurling jersey made famous by Martin Storey and his All-Ireland winning teammates. 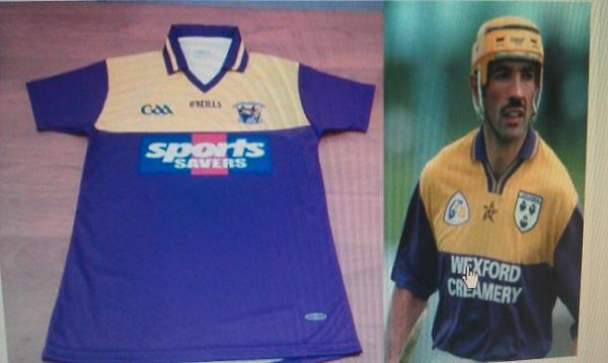 Pic via Twitter/Brian Kennedy (no, not that one)

Wexford fans will hardly be dancing at the crossroads when they catch sight of this garment, however, which, in this reporter’s humble view, fails miserably to pull off the retro look. In fact, it just looks plain old.

Doyle certainly wasn’t impressed and judging by his Twitter timeline, neither were the majority of his followers.

What do you think? Are there any fans of the jersey at all? Feel free to let us know in the comment box below.

popular
Here is a list of every Bank Holiday in Ireland in 2023
QUIZ: Guess the movie from the movie poster
Nicola Bulley's phone found by the river 'could be a decoy', diving expert suggests
Woman dies from hypothermia after telling doctor she 'couldn't afford heating'
5 years ago, Hollywood took a massive gamble on a huge sequel... and lost big time
QUIZ: We bet you can't get full marks in this extremely frustrating geography quiz
One of the best crime thrillers ever is among the movies on TV tonight
You may also like
5 years ago
#TheJOEShow - Episode 3
6 years ago
Matt Lucas is calm personified after Daily Mail's insensitive story about his ex-husband
6 years ago
Here's why all Heinz ketchup bottles have the words '57 varieties' on them
6 years ago
JOE meets Brian O'Sullivan, the man behind Camile Thai Kitchen
6 years ago
Good news because Chopped is opening five new restaurants in Dublin and Kildare with 110 jobs created
6 years ago
RTÉ presenter's new app will measure how many people are talking about your favourite TV shows
Next Page