Mother Nature showed her raw power today after a volcanic eruption formed a new island near Japan, and it made for some impressive pictures

There have been some fantastic pictures captured after a new island was formed off the coast of Japan by a huge volcanic eruption.

According to The Guardian, the island is not too big (just about 200 metres in diameter), and appeared just off the coast of Nishinoshima. 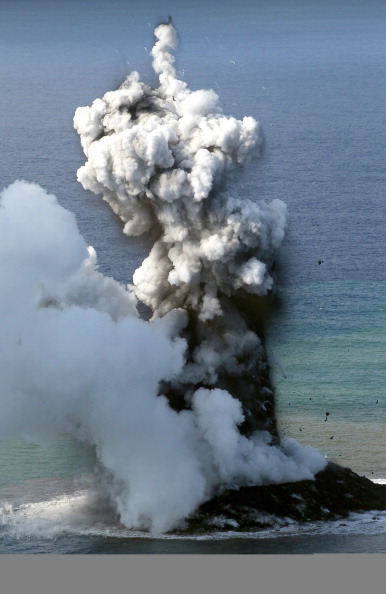 There is a chance that the island could be eroded away, however Yoshihide Suga, Japan's chief cabinet secretary said "If it becomes a full-fledged island, we would be happy to have more territory."

Hat-tip to Phillip Thomas on Twitter for the main pic

popular
Landscapers is the ultimate true-crime murder mystery show
Government advising schools and third level institutions to close in counties with orange or red weather warnings ahead of Storm Barra
"Danger to life" risk with Storm Barra "weather bomb", warns Met Éireann
Carlow woman banned from keeping animals for life after starving dogs to death
An underseen Keanu Reeves adventure is among the movies on TV tonight
Daniel Craig's best pre-James Bond film is among the movies on TV tonight
Man dies after being attacked by newly calved cow in Mayo
You may also like
1 week ago
Twitter CEO Jack Dorsey officially resigns from the company
1 week ago
Ryanair's "virtue signalling" claims are indicative of Ireland's view on the Irish language
1 week ago
Who tweeted it: Simu Liu or Rahul Kohli?
3 weeks ago
Twitter have introduced an "edit tweet" option... but there's a catch
1 month ago
Priest blesses local nightclub in the most Donegal thing imaginable
2 months ago
Garth Brooks might be returning to Ireland, and people have a lot to say about it
Next Page