Ireland have dropped to 70th, their lowest ever ranking since the FIFA ranking system came in.

To put this in perspective, if the draw for the next World Cup qualifying groups were to be made today, we would be amongst the fourth seeds. Although rankings points are calculated over a four-year period, recent results are given greater emphasis. 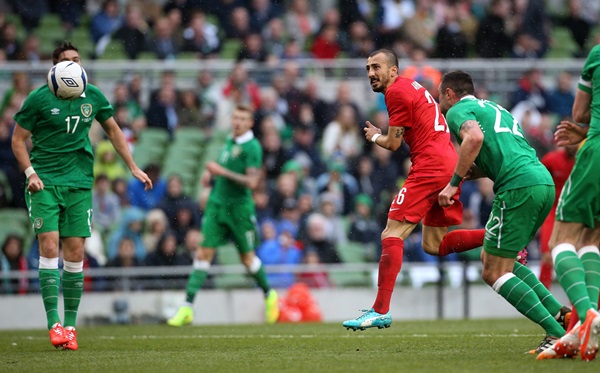 Recent defeats at home to Serbia and Turkey (pic above) have contributed to our slide and thankfully, we didn't lost against Italy (pic below) or we could have been in Equatorial Guinea territory. With further matches to come this summer against Portugal and Costa Rica, Martin O'Neill will want his men to get positive results in order to arrest the alarming slide into the nether regions of world football rankings. 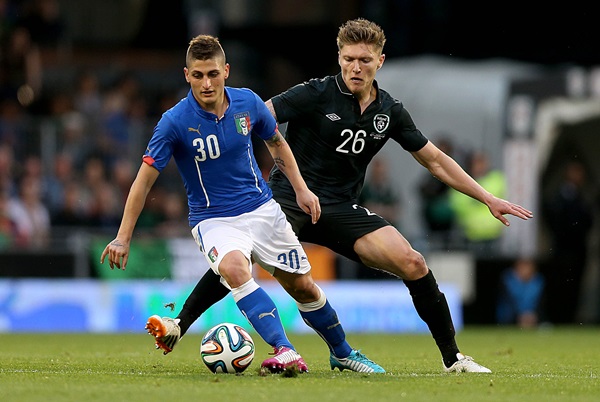 On the plus side, Ronaldo won't be playing for Portugal against us. They only have Pepe, Nani, Moutinho, Veloso and Carvalho amongst others. Should be a breeze.

Spain still lead the rankings followed by Germany and Brazil going up to third place ahead of the big kick-off next Thursday in Rio.

The Big Reviewski || JOE · The Big Reviewski with Ray Liotta, Goodfellas facts & Tom Hanks making us cry
popular
One of the best twist endings of all time is among the movies on TV tonight
Netflix has just added arguably the very worst movie of the last decade
Investigation launched after woman in her teens hospitalised following crash with on-duty Garda car
Treasury Secretary warns US government will run out of money by October 18
The new Britney Spears documentary on Netflix is provoking a very bad reaction
Dublin Commuter Coalition calls on Eamon Ryan to answer questions on DART+ delays
Ireland ranked best in the world for Covid resilience, according to a new study
You may also like
1 year ago
COMPETITION: Win four tickets to Republic of Ireland v Denmark
2 years ago
“Shane Duffy is right now everything for Ireland. His defence keeps us in it & when Denmark score, who steps up?”
2 years ago
Read John Delaney's full opening statement to Oireachtas Committee
2 years ago
The Football Spin on change at the FAI, Declan Rice's smart move and why Ireland fans should be angry
2 years ago
The Football Spin Heartbreak Valentine's Day Declan Rice Special
2 years ago
"You cheeky bollocks!" - The key takeaways from Mick McCarthy's first press conference as Ireland manager
Next Page