It’s not often that Ireland’s finest rugby players are caught offside from a fashion point of view, but every now and again they get it wrong. Very wrong.

You might think that rugby players couldn’t give two rucks when it comes to the fashion stakes, but the men that guided us to a Six Nations title recently are one dapper group of individuals and rarely step out of line from a sartorial point of view.

Put it this way, you’ll rarely see an Irish rugby player prancing around in a sarong or in denim shorts so tight that they leave absolutely nothing to the imagination, unlike some of their soccer counterparts across the pond.

Every now and again, however, one or two of them will stray so far offside from a fashion perspective that they need to clear-out their wardrobe faster than they’d clear out a ruck and kick their bad style habits to touch.

Of course, you'll never see Life Style Sports Style Ambassadors Peter O'Mahony, Conor Murray, Dave Kearney and Ian Madigan looking anything but a picture of style, class and refinement but in the build-up to Leinster v Munster at the Aviva this weekend, we’ve delved through the archives to come up with five examples of crimes against fashion committed by some past and present legends from both sides of the divide.

Set your faces to cringe.

We don’t like washing our own dirty linen in public, but smooth as our Jerry might appear in public these days, he didn’t always look the part.

In fairness to Fla, his worst fashion crime was forced upon him as punishment for missing a meeting while getting a haircut on tour in New Zealand, resulting in this horrible skimpy pink t-shirt look that may have done wonders for his guns, but was thankfully shot down quickly and never saw the light of day again. 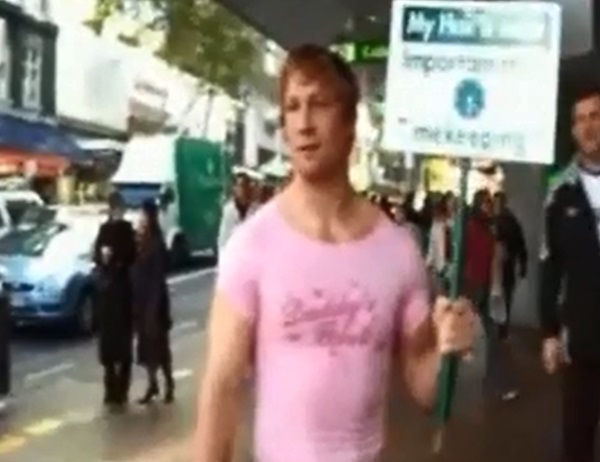 Loathe as we are to bad-mouth the BOD, especially in the glorious last days of his career, there was a period during the mid-00s when he went off the rails a little with his style choices, something the man himself has freely admitted to in more recent times.

People will immediately remember the cravat and maybe another dodgy choice or two, but arguably worst of all was the get up he had on when meeting a young Cian Healy bang in the middle of his rebellious phase. 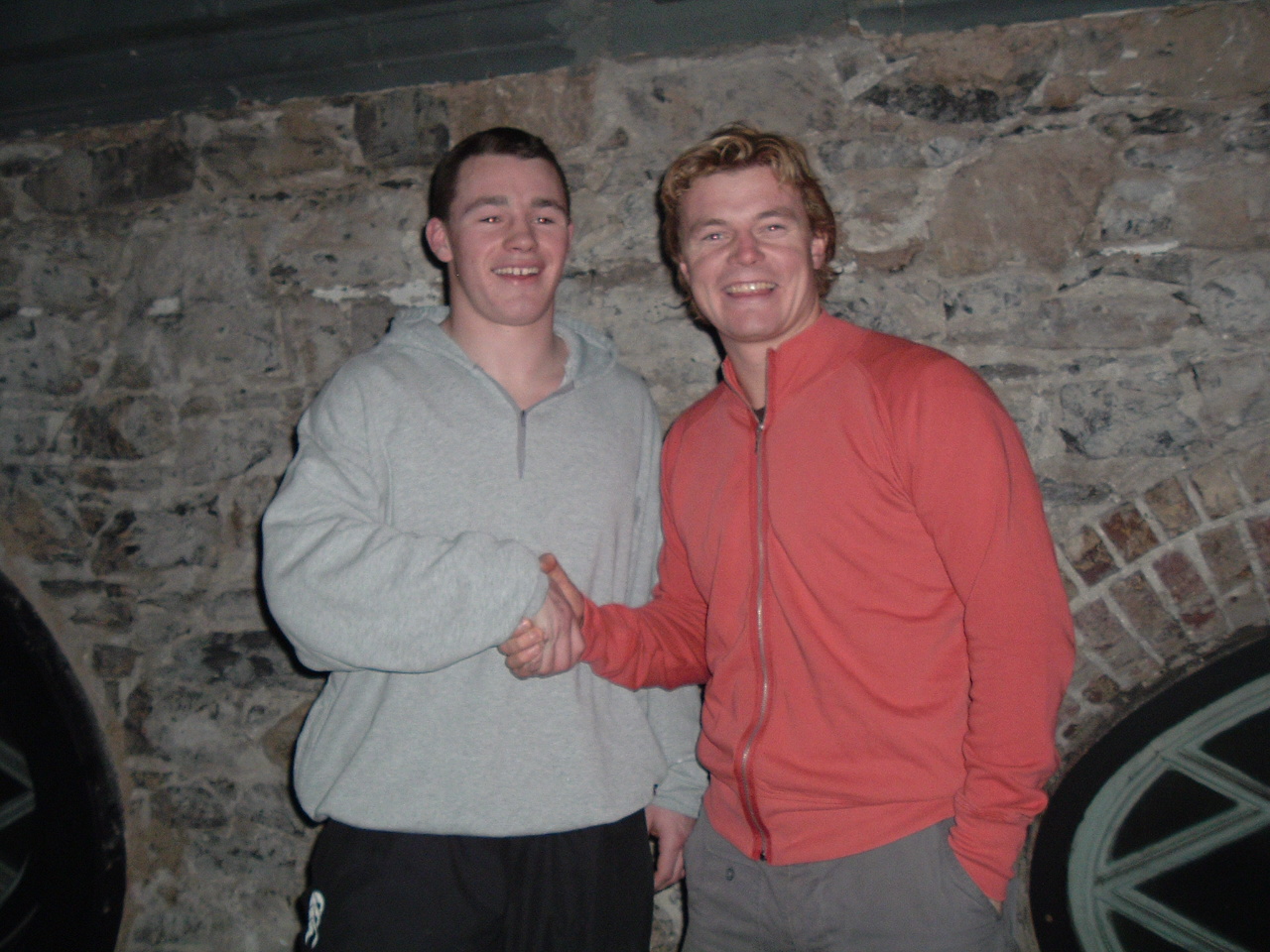 Hasn’t he ever heard of colour co-ordination? Sheesh. As for Healy, well, does anything really need to be said?

Folk down Munster way will gasp at the thought of a bad word being said about their inspirational leader (well, Peter O’Mahony is captain but you know what we mean) but he too has been guilty of a wardrobe wobble in the past, albeit in fairly understandable circumstances.

The big man was spotted at a stag do in the recent past clad in a vintage Liverpool kit straight from the late 80s/early 90s complete with a wig and fake lip-ticker that wouldn’t look out of place on John Aldridge. 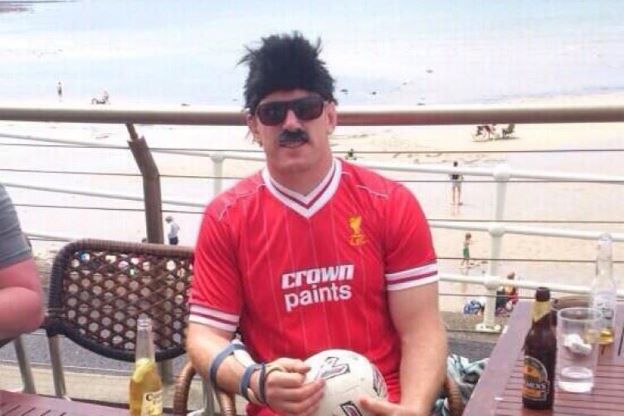 And the worst part of the whole thing? Paulie’s a big Everton fan.

Let’s get one thing straight here, we’re a big fan of Ronan O’Gara’s style; no man can rock a pair of cufflinks and manage to look comfortable alongside a Newbridge Silverware model quite like one of Cork’s favourite sons, but occasionally he’s as prone to a slip in style as the rest of us.

We’re not sure how recently this particular photo was taken but judging by the amount of creases in the jumper it looks as it was made for somebody with a build of a second row rather than a fly-half, but maybe now that Ronan’s hung up his boots he plans on growing into it over the next few years. 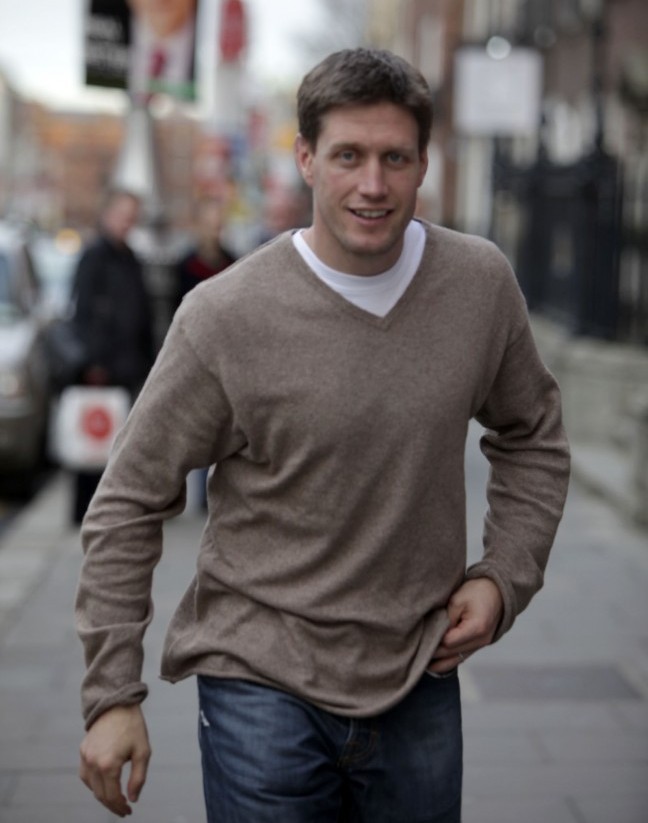 The man known as Munch took his fair s-hair of flack for the mullet he stayed faithful to over the years, a hairstyle that probably diverted attention away from his sometimes questionable choices of outfit over the years.

Byrne's most bizarre departure came during the 2012 London Olympics when he posed as a female Belorussian shot-putter and wore a hardly flattering skimpy red and green vest for the duration of the competition. 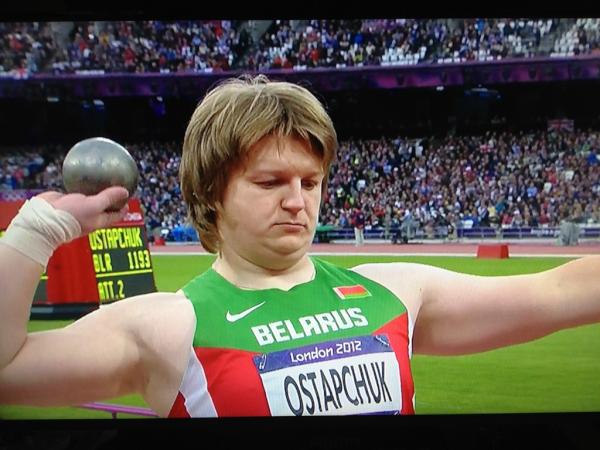 Further investigation will reveal that the person in question was not in fact Byrne, but Nadzeya Ostapchuk, who won a gold medal but eventually had it taken off her for doping, but Byrne or no Byrne, there were certainly no medals handed out for style purposes in any case.

Chosen for their individual style off the rugby pitch, the Life Style Sports Style Ambassadors went head to head in a series of challenges which brought their competitive spirit to life. It was Leinster v Munster with the victors walking away with the Life Style Sport Rumble Cup.

You can check out all the action here and here and be sure to have a look at the lads’ style Q and A with our own Eric Lalor over here.

Check out more on of Life Style Sports 64 fantastic stores spread across the entire Island of Ireland, or their online store at www.lifestylesports.com

popular
Six people dead after mass shooting at Fourth of July parade in Illinois
Netflix has just added 33 very big movies to its library
The full list of cancelled flights in and out of Dublin Airport on Monday (so far)
The JOE Movie Quiz: Week 161
QUIZ: It's time for one of our trickiest General Knowledge Quizzes yet
The JOE Music Quiz: Week 111
QUIZ: Can you get 100% in JOE's great big halfway through 2022 quiz?
You may also like
7 months ago
Penneys to create 700 jobs over new investment and store
1 year ago
You can now buy high-end Stella Artois shirts, trousers and jumpers
1 year ago
Nike release first pair of hands-free runners
1 year ago
QUIZ: Do you know the names of these classic trainers?
1 year ago
New Irish fashion label seeking ‘burly’ male model to be the face of the brand
2 years ago
Aer Lingus unveil brand new uniform for flight attendants
Next Page