Lions watch: Lions ease past the butcher, baker and candlestick maker and delight over Cooper ommission

The Lions as expected ran riot against the butcher, the baker and candlestick maker by putting 64 points on the Combined Counties without conceding a single score themselves.

Warren Gatland will be pleased with how Stuart Hogg performed at 10, a backrow looking supreme and giving the O’Driscoll/Roberts partnership a first run-out in four years, but that will have to be taken with a handful of salt given the nature of the opposition.

Ten tries were scored against a side compromising of full-timers, part-timers and amateurs, with Brian O’Driscoll a central figure in what was a full 80 minute outing. 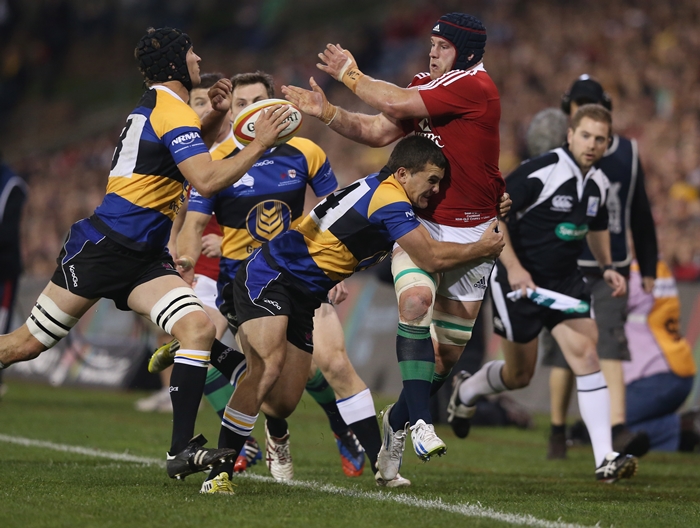 Conor Murray was again impressive and got on the scoresheet, while Sean O’Brien was at his marauding best and also touched down for a five pointer, ably assisted in the backrow by Jamie Heaslip. Rory Best also made an appearance off the subs bench, though we hardly recognised him without the scrumhat.

Four games in and three easy wins thus far, Gatland will hope that the Waratahs will put up a sterner test on Saturday. If not, we might dust off our own boots and fly out ourselves to the Lions camp.

Luke Morahan called up after sensational display for the Reds

Luke Morahan will need little introduction to Lions fans after his 75 metre try last week and that hasn’t gone unnoticed by Robbie Deans who has brought the Queensland Reds player into the squad as injury cover for Joe Tomane.

Tomane will be out for two weeks after a fracture to his toe and will join Digby Ioane in rehab. 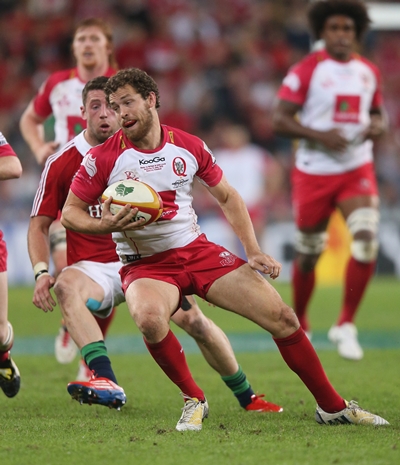 The winger will hope for a second crack at the Lions

Aside from his individual try, Morahan also made two try-saving tries in the game against the Lions and could well feature considering another winger, Nick Cummins, is also struggling with a leg injury.

He looks like a pretty decent option to us.

We, like most observers given the subsequent reaction, were a little surprised that Robbie Deans decided not to include Quade Cooper in his Wallabies squad yesterday.

The two men aren’t exactly bosom buddies, but we still thought that the mercurial out-half would add to the home side’s attacking threat. Former Wallabies coach Eddie Jones has said he is totally dismayed and while it was unexpected, from the Lions perspective it is welcome news.

Assistant coach Andy Farrell also expressed his surprise at the decision, saying he would have him in his side, but that it is good news for the travelling party.

“If I was a coach I would want him in my side,” he said. “Having said that, I don't know the background and the ins and outs of why he ain’t selected.

“He's certainly a handful, he brings a lot to the party, so I am pretty pleased.”

popular
One of the best action movies of recent years is finally available to watch at home
The JOE Movie Quiz: Week 138
Jim Carrey's greatest performance is among the movies on TV tonight
QUIZ: Give this General Knowledge Quiz a whirl
The JOE Friday Pub Quiz: Week 278
QUIZ: Can you name every Batman actor in three minutes?
QUIZ: See if you can ace this General Knowledge Quiz
You may also like
1 week ago
Novak Djokovic speaks out after losing visa battle in Australia
1 week ago
Neighbours' child star Miranda Fryer dies aged 34
1 week ago
Novak Djokovic wins Australian visa appeal as judge orders his release from immigration detention
2 weeks ago
Irishman dies trying to save son who fell into rapids in Australia
1 month ago
Five children dead and more injured following bouncy castle accident in Australia
2 months ago
Australian Prime Minister makes headlines with "Irish girl in a brewery" comments
Next Page