There's no better place to debut a new haircut than a wet and windy GAA pitch on a Sunday morning, especially if that haircut is inspired by one of the greatest Brazilian players to ever kick a football, Ronaldo Luis Nazario da Lima.

That's exactly what Noel Byrne in Kildare did this weekend as Ballykelly took on Raheens seconds, and just like the star striker when he was at the height of his powers, he managed to inspire them to a win, their first for nearly 18 months. He also bears a striking resemblance to the man himself, making the look complete. 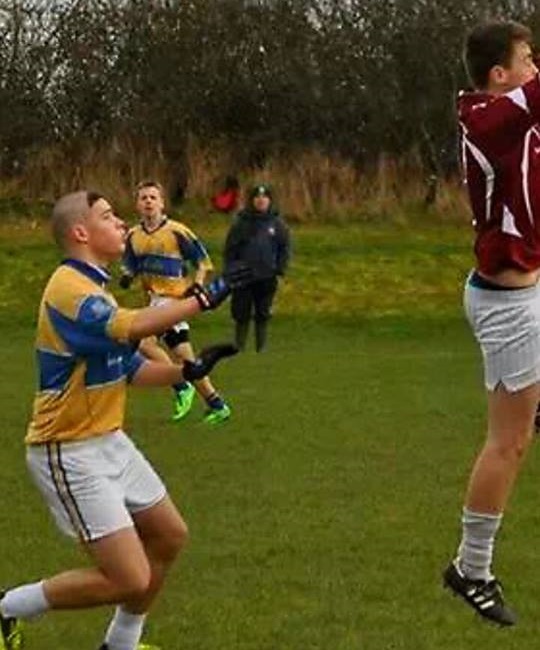 The haircut is obviously fantastic, but it's made even better thanks to the fact that Noel is doing this particular stunt for the Shave or Dye campaign.

If you want to lend your support, check out the Shave or Dye page on the Irish Cancer Society's website.

Hat-tip to Adam Morrin for the picture

The Big Reviewski || JOE · The Big Reviewski with Y: The Last Man, that Malignant ending & a secret streaming service
popular
One of the most-anticipated movies of the last few years is finally available to watch at home this week
The 50 most iconic songs of all time* have been revealed
PICS: The man with the biggest penis in the world has one unbelievable problem with it
Government announces special €1,860 payment for laid-off workers during pandemic
It looks like Garth Brooks will play FIVE nights in Ireland after all
Simon Harris and wife welcome arrival of new baby boy
People think they've figured out the ranking of the viewers on your Instagram Stories
You may also like
11 months ago
Post-match celebrations and a lack of social distancing at certain events put club game on hold
11 months ago
Cork GAA pleads with clubs and supporters “not to engage in celebrations that breach current guidelines”
1 year ago
What's the Bronco test and why it may come up in conversation this week
1 year ago
The Andy Moran GAA Isolation Workout
1 year ago
SuperValu, Centra and the GAA team up on initiative to support elderly people
1 year ago
Meath GAA club confirm adult player has tested positive for coronavirus
Next Page