We have our doubts, but it certainly makes for interesting reading nonetheless.

The former Ireland and Manchester United captain put pen to paper on a deal to become Martin O’Neill’s assistant in a new managerial dream ticket for the Irish football team this week and now another contract once (allegedly... we can't stress that enough) signed by the Cork man is coming under the microscope.

A helluva lot of interesting things can be found on eBay these days but if you’re prepared to fork out (or at least start the bidding at) £2,000, you could get your hands on what is, reportedly, the first contract Roy Keane signed for Manchester United after joining the club in 1993.

The seller, one capshark, says that the item being offered up for sale consists of two documents, a four page contract signed by Keane, Alex Ferguson and then chairman Martin Edwards, and a seven page document detailing the full offer made to Keane in terms of earnings and other benefits with each page signed by Keane and Edwards. 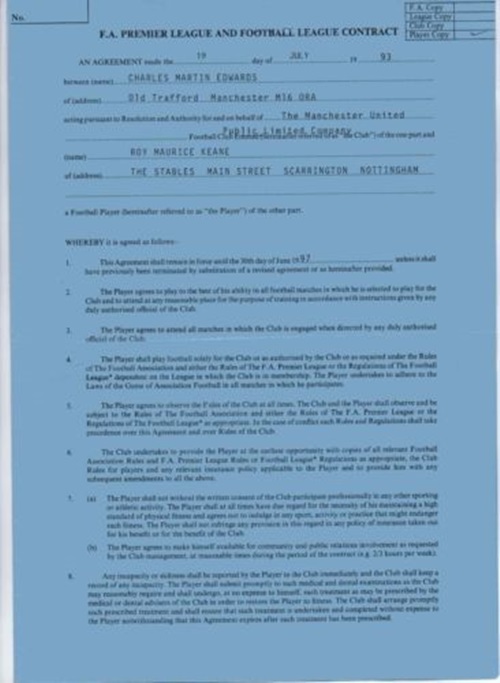 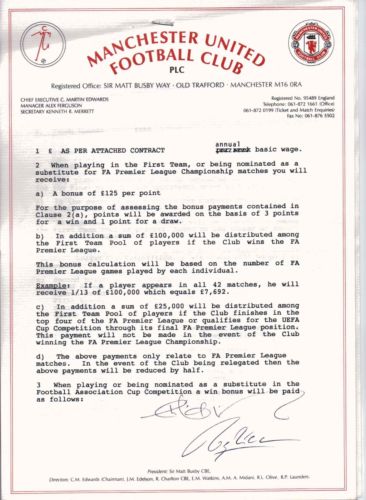 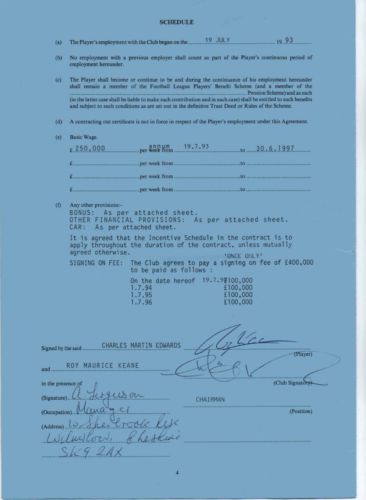 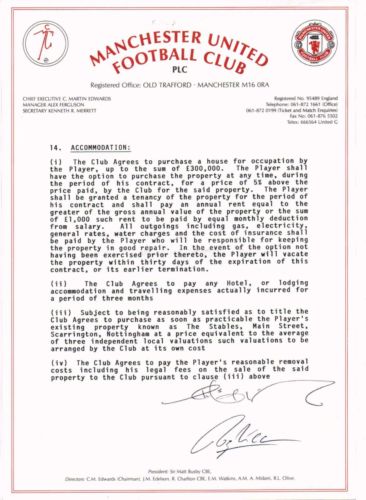 Although the language contained within the documents seems legitimate, the dates match up and the figures quoted seem accurate enough for a footballer in the early 90s, one would have to question, for example, how this type of document was leaked and why it only appearing now, when both Keane and Alex Ferguson are very much the focus of public attention.

If you’re not that sceptical and would like to get your hands on what the seller is calling “an item of football history” then check it out for yourself here; at the time of writing there are still eight days left to make an offer and no bid has yet been made.

Both Alex Ferguson and Roy Keane will be in Dublin over the next few days and it would be interesting to hear what they make of this revelation, if anyone was brave enough to ask of course.

The Big Reviewski || JOE · The Big Reviewski with Andy Serkis, Squid Game follow-ups & the return of Succession
popular
New €140 million road officially opens today, replacing one of the Ireland's most dangerous roads
Expert wants 10 antigen tests delivered each week to every family this winter
QUIZ: Can you master this General Knowledge Quiz?
The JOE Movie Quiz: Week 124
The cleanest towns in Ireland have been named
QUIZ: Get your quiz on with this General Knowledge Quiz
The JOE Friday Pub Quiz: Week 265
You may also like
5 months ago
COMPETITION: WIN a copy of Eric Cantona's new Manchester United documentary, The United Way, on DVD
6 months ago
Manchester United documentary written by Eric Cantona available to watch at home in Ireland this May
11 months ago
Marcus Rashford launches book club to help kids experience 'escapism' of reading
11 months ago
Paul Pogba releases powerful statement in response to 'fake news' from The Sun
11 months ago
The JOE Pub Quiz: Week 214
1 year ago
Harry Maguire gives his version of events in Mykonos in TV interview
Next Page