Pic: John Terry clearly has no shame, as he makes Marge cheat on Homer in The Simpsons

A picture showing the Chelsea captain and Marge Simpson in a loving embrace has gone viral.

Earlier this week, we told you how the Blues were one of a number of clubs to tie in with The Simpsons ahead of a World Cup episode of the show, which airs later this month.

Well, it seems that Terry's roving eye got the better of him if this illustration is to be believed. 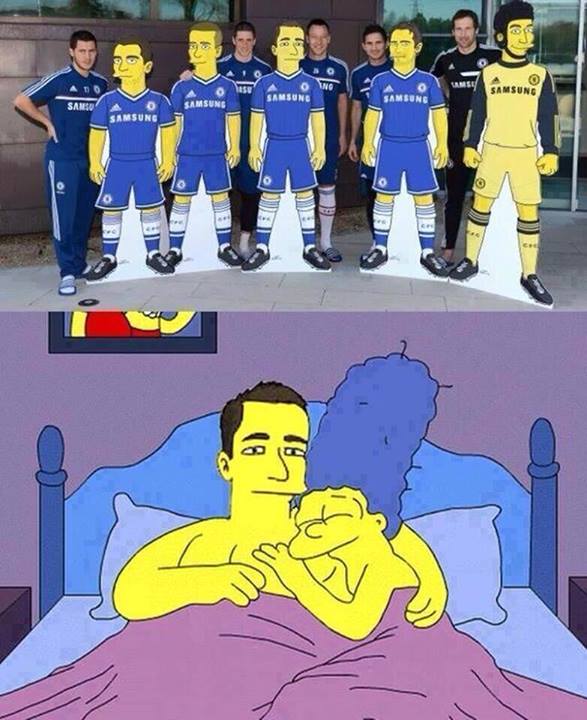 popular
The Last Of Us Episode Five will premiere days earlier in Ireland and UK
Amazon Prime Video has just added 21 big movies to its library
Shock as blues singer beats Adele, Beyonce and Taylor Swift to win Song of the Year Grammy
5 years ago, Hollywood took a massive gamble on a huge sequel... and lost big time
Ben Affleck's bored expression at the Grammys becomes a meme
One of the best crime thrillers ever is among the movies on TV tonight
Netflix has just added 12 very big movies to their library
You may also like
1 month ago
The Simpsons veteran Chris Ledesma dies after working on show for 33 years
1 month ago
QUIZ: How well do you know these minor Simpsons characters?
2 months ago
Simpsons writer has explanation for the show being able to predict so many major events
2 months ago
Matt Groening explains why the Simpsons are yellow
5 months ago
QUIZ: Name the films referenced by The Simpsons
5 months ago
QUIZ: Match The Simpsons quote to the character who said it
Next Page