Pic: So what do we make of Lionel Messi’s shiny new signature Adidas F50 boots?

It might not be as high-profile as the launch of Paul Galvin’s boots last night, but pictures have surfaced of Lionel Messi’s new F50 boots and, well, they’re shiny if nothing else.

As it turns out, Galvin probably won’t end up wearing the Kerry coloured custom Adidas Nitrocharge boots he put up on his website last night having subsequently admitted it was a pit of a p*ss-take, but you can be sure that the world’s best footballer will be wearing the Adidas adizero f50 boots which are set to be officially launched on August 1. 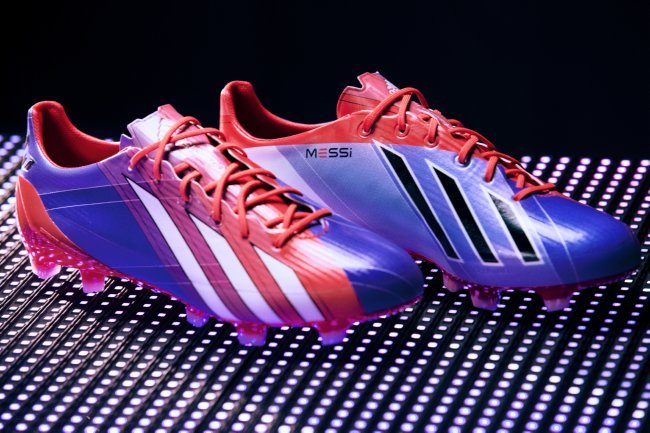 As you can see, the boots are the Barcelona colours of blue and red, or as Adidas say, Turbo/Blast Purple/White and come with the tagline ‘the new speed of light’ which is said to be a reflection of the way the little Argentinean genius plays at the ‘speed of light’ and although that is blatant corporate-speak, it’s hard to argue with at the same time.

On first glance, we have to say we like what we’re seeing, but what do you think? Yay or nay?