Pics: Fans at the Munster minor hurling final invade the pitch... before the game had even started

The GAA are trying their best to stop post-match pitch invasions at present, so Lord knows what they’ll have to say about the one that happened before the Munster minor hurling final this evening.

Limerick and Waterford battled it out for a second time in the Munster minor hurling final replay in Semple Stadium this evening, but the throw-in was delayed due to huge crowds making their way to the Thurles venue, with many of them having to cross the pitch before getting a seat in the crowd. 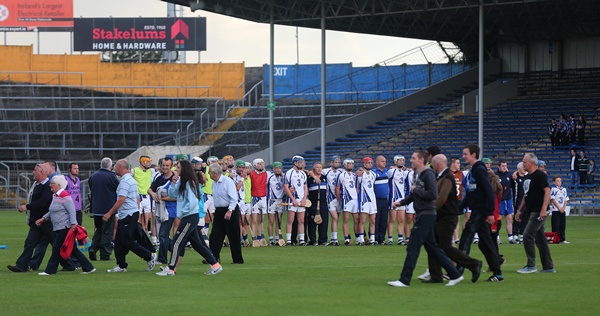 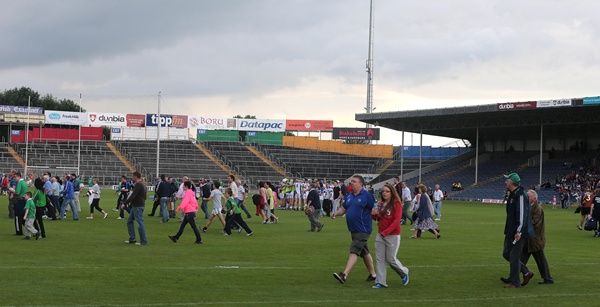 GAA fans will remember the sight of ‘Plan B’ on the big screen in Croke Park when an attempt to prevent a pitch invasion went awry a few years back so we don’t know what category this incident will fall into, but by all accounts the two sides delivered a cracking contest so at least those who did go along got their money’s worth.

Continuing what has been a mighty season for the Treaty County, the Limerick minors emerged victorious on a scoreline of 1-20 - 4-8.

popular
The "eighth best movie ever made" is among the movies on TV tonight
Mia Khalifa claims seaside town is better than Miami
Jennifer Lawrence sparks controversy by saying she was the first woman to lead an action movie
Met Éireann updates weather warning for entire country as temperatures set to fall to -6
QUIZ: JOE’s Big News Of The Day Quiz #27
The start of the superhero takeover of Hollywood is among the movies on TV tonight
One of the best films of all time is among the movies on TV tonight
You may also like
1 month ago
Woman killed in Limerick collision was travelling home from children's party
1 month ago
Buying a home in Cork, Kerry, Limerick, Clare, Tipperary or Waterford? Our FREE virtual mortgage event is here to help...
1 month ago
Grab your FREE tickets for the ultimate Pub Quiz night out, coming to Limerick later this month
2 months ago
Two arrested and charged over 2021 death of four-year-old boy in Limerick
2 months ago
Man in his 70s dies following road traffic collision in Limerick
3 months ago
Teenager dies following collision in Limerick
Next Page