The lads who are in charge of all the speed camera vans in the country are making a tidy sum, by all accounts

Kerry business man Xavier McAuliffe runs the Go Safe consortium, and with a whole rake of the speed cameras across locations in the country, they were making a profit of almost €50,000 a week last year.

For many motorists, that won't make for happy reading, but having gotten a five-year-contract back in 2010, they may well expect to post profits like this for a little while longer yet. 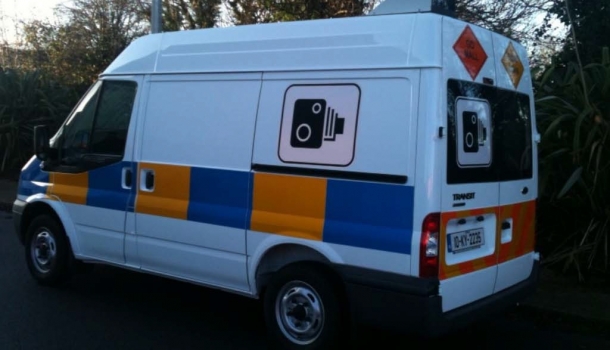 The plus side is that they are clearly catching people speeding in areas where there have been accidents before, and hopefully that will make the roads safer in the long run.

According to the Irish Examiner, the vans are catching one speeding motorist per hour throughout the country, to a total of around 72,000 every year.

popular
5 years ago, Hollywood took a massive gamble on a huge sequel... and lost big time
Netflix has just added 12 very big movies to their library
One of the most underrated crime thrillers of recent years is among the movies on TV tonight
Netflix backtracks on anti-password sharing measures following user outcry
The 50 most iconic songs of all time* have been revealed
Tom Hardy set to play Hannibal Lecter-type serial killer in new series
Spielberg's best movie is among the movies on TV tonight
You may also like
3 months ago
Kerry priest stands by bigoted sermon, says Leo Varadkar is "absolutely" going to Hell if he doesn't repent
3 months ago
Bishop of Kerry apologises for priest's sermon on "sinful" gay and transgender people
3 months ago
Teenage girl dies after single vehicle collision in Kerry
3 months ago
Man in his 20s dies in two-vehicle collision in Kerry
3 months ago
Man charged in connection with fatal stabbing attack at Kerry funeral
3 months ago
Second man arrested in connection with fatal assault at Kerry funeral
Next Page