Sundae Supplement: No-one wants to get Bent, Arsenal after big-name strikers and Doyle to become a Bhoy?

Arsenal fans are having a strange summer. No big-name player is on the way out, while Arsene Wenger is reported to have bucket loads to spend.

The story goes that he has been chasing Wayne Rooney for quite a while, but the papers today are giving mixed reports on this one. The Sunday Mirror says a £20 million bid has been made, The Daily Mail says Rooney will make up his mind this week while The Sunday People say the England striker will stay at Old Trafford as long as he doesn’t have to take a pay-cut. The same paper says that Fernando Torres is also a target for Wenger.

Forgotten man Kevin Doyle is expected to leave Wolves over the summer months and The Sunday People say it is a straight choice between Leeds United and Celtic. Considering he was very close to joining the Glasgow giants back in January, the Bhoys could have the edge here, and we just hope the Wexford man gets back playing regular first-team football.

On the topic of under-par strikers, it seems that no-one wants to get Bent. That is of course in relation to Aston Villa striker Darren and  since Christian Benteke arrived, he has been surplus to requirements and despite an impressive goals-to-games ratio, it seems that no club, as of yet, has been willing to fork out the required £8 million. And The Sunday Mirror says Villa have “slapped” a £25 million price tag on Benteke. They couldn’t have gently placed it of course, it had to be something more dramatic and violent. 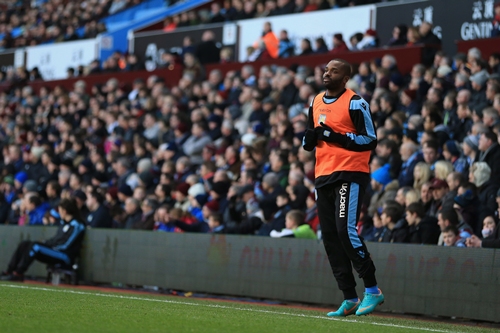 Manchester City full-back Micah Richards could be set for an Italian job with some Serie A sides in the hunt to sign the defender built like a shi*house. Roma and Inter Milan are the two teams making all the right noises according to The Sunday People, while new boss Manuel Pellegrini has targeted Brazilian frontman Fred and Benfica striker Oscar Cardoza.

The Sunday Times are suggesting a huge fall from grace for Chelsea striker Demba Ba, with a season-long loan to West Brom on the cards. The Blues have been linked to a number of strikers, most notably Edinson Cavani, so Ba could fall down the pecking order and it would be another coup for the Baggies after Romelu Lukaku enjoyed such a great season last time out.

Elsewhere, Bolton are ready to make a £9m move for Blackburn's Jordan Rhodes, Callum McManaman is a £7 million target for Sunderland (The Sunday People), Crystal Palace could end up paying an incredible £8.5million for Peterborough striker Dwight Gayle (The Sun) and Yohan Cabaye will not be allowed to leave Newcastle for anything less (The Sunday Mirror) than £25 million after renewed interest from PSG.

There's more sports on the box today than you could shake a stick at with Confederations Cup action, and the golf from Carton House, so don't be stressing about cooking, let the lads at Supermacs look after all that, they've even sorted you out a discount. Just click on the logo below.

popular
Netflix has just quietly added 12 big movies to its library
Gardaí deny asking Cork shop to stop selling Animal Bars
HSE urges public to stop using popular e-cigarette
Wagatha Christie: Rebekah Vardy storms out of court just 30 minutes into final day
QUIZ: Can you name all the US States that contain 8 letters?
The 50 most iconic songs of all time* have been revealed
Man dies after being struck by lorry in Tipperary
You may also like
1 year ago
COMPETITION: WIN a copy of Eric Cantona's new Manchester United documentary, The United Way, on DVD
1 year ago
Manchester United documentary written by Eric Cantona available to watch at home in Ireland this May
1 year ago
Marcus Rashford launches book club to help kids experience 'escapism' of reading
1 year ago
Paul Pogba releases powerful statement in response to 'fake news' from The Sun
1 year ago
The JOE Pub Quiz: Week 214
1 year ago
Harry Maguire gives his version of events in Mykonos in TV interview
Next Page