It looks like Cristiano Ronaldo and Gareth Bale aren't compatible after all, and Arsenal, like a drunk and lonely man ten minutes before closing time, throw themselves at everyone in the surrounding area

With all the questions being asked about whether or not Real Madrid would be able to fit both Gareth Bale and Cristiano Ronaldo in to their team at the same time (something which is of absolutely no interest to Florentino Perez, of course), it seems that it might be a bit of a non-issue.

Daniel Taylor of The Observer is reporting that the Portuguese superstar has told Manchester United that he fancies coming back in 2014, and that he won't renew his contract in Spain.

He does add that this will be a difficult deal to pull off seeing as he makes Madrid piles and piles of money, but that there's a definite interest on the player's part to get out of Spain and end his career back at Old Trafford.

Meanwhile, the player that everyone expects to be doing the opposite move and heading to Spain is Gareth Bale. In fact, Madrid have even set themselves up a little stage in their ground for a fancy presentation. We wonder who it could be for... 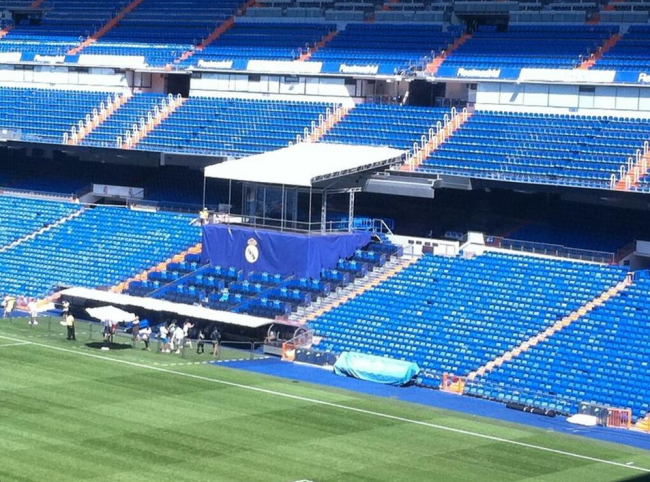 Anyway, it seems that Spurs are still holding out for a world record bid for the player who Harry Redknapp once couldn't offload to Nottingham Forest for £2 million, if previous reports are to be believed. What a wheeler dealer.

On Spurs' part, they're waiting to get the nod from Roma to finish the deal for Erik Lamlea, they just need the Italians to get a replacement on board first before they can complete the move.

As far as the other main transfer sagas of the summer are concerned, Mourinho and Chelsea are ready to up their bid for Rooney to £40 million, which they're hoping will be enough to tempt United's resolve. The Sun are also reporting, with very little fanfare, that Suarez is set to stay at Anfield. In the words of Roy Keane, that news should have been here two weeks ago Mick...oh, it was? Fair enough so.

Arsenal look to be continuing their miserable run in the transfer market as PSG are set to swoop in and hijack their bid for Cabaye, which would be a strange turn of events, with a player leaving Newcastle to go to Ligue 1. Normally it's the other way around. 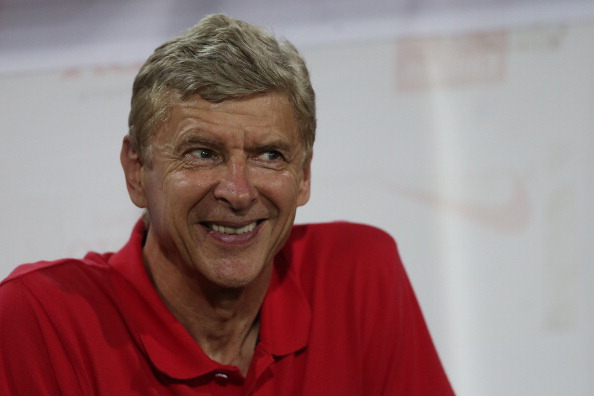 However, Arsene Wenger's not finished annoying Alan Pardew, as like a child who has figured out that repeating everything someone says is a really good way to get under their skin, he's decided he now wants Newcastle's keeper Tim Krul. A Krul blow, Wenger, how could you be so Krul, Krul intentions, and so on.

The Emirates edition of supermarket sweep continues apace though, as the Gunners are also maintaining an interest in Angel Di Maria and Karim Benzema from Real Madrid. Cartoon villain Di Maria seems the more likely to move, in particular if Bale does finally leave, as he will be looking for first team football with the World Cup around the corner. Apparently Arsenal will also offer Juan Mata a “surprise escape route” from Chelsea according to The People, which we suspect to be something along the lines of a trap door or secret passage. Sounds dodgy, Juan.

Peter Odemwingie is going to have a huge petrol bill this week as it seems that Stoke, Cardiff and Swansea are all biding for his services. He'll be driving for hours...

In other news, West Ham are eyeing up both Silvestre Varela of Porto and Juve's Fabio Quagliarella, Mark Hughes hopes to get John Guidetti from Manchester City to join him at Stoke, Crystal Palace are apparently already considering a move for Alan Pardew and sacking Ian Holloway in what would be a devastating blow for journalists everywhere, Barcelona are still chasing Daniel Agger, Sunderland are hoping to get Michael Bradley from Roma, and Liverpool will need to fork over at least £15 million if they want to get “teen sensation” (not a member of One Direction, we've been assured) Will Hughes from Derby.

There's more action from the Premier League season today, as well as La Liga, the GAA and lots more sports, so the last place we want to be is in the kitchen when we could be watching sports on the TV. Don't worry though, let the lads at Supermacs look after all the grub, they've even sorted you out a discount. Just click on the logo below.

popular
We just got the first trailer for a movie not out until 2024
Kirstie Alley: Cheers star dies aged 71
Amazon Prime Video has just added 38 very big movies to its library
The Banshees Of Inisherin is arriving on Disney+ sooner than you might expect
5 must-watch shows and movies streaming on NOW in December
Mia Khalifa claims seaside town is better than Miami
Woman hit by rollercoaster is trapped in own body after finally awaking from coma
You may also like
3 days ago
The JOE Friday Pub Quiz: Week 323
5 days ago
Cristiano Ronaldo 'agrees £173m-a-year deal' with Saudi club
1 week ago
Miss Croatia slammed for raunchy World Cup videos that ‘disrespect Qatar’
1 week ago
World Cup 2022 Day Six: All the major action and talking points
1 week ago
Japan fans explain why they clean up after World Cup matches
1 week ago
The JOE Friday Pub Quiz: Week 322
Next Page