We never took Eamon Gilmore to be a short man, but Tom Cruise had the edge on him today as the film star received his Irish heritage cert.

After it was discovered that a branch of his family hailed from Dublin, the Department of Foreign Affairs decided to make a presentation to the actor while he is in Dublin for the premiere of his film Oblivion.

Today at Iveagh House he was presented with a certificate of his heritage by the Tanaiste and Minister for Foreign Affairs Eamon Gilmore before being walked through his ancestry briefly. 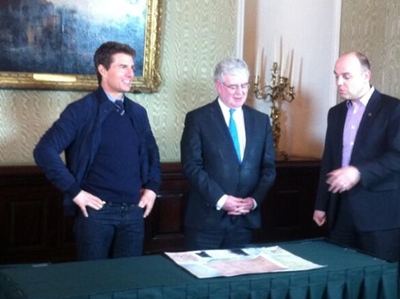 During the presentation he joked that he had returned to “reclaim his land”.

We thought it was pretty much a Mission Impossible to be shorter than the Hollywood star, but the Labour leader proved us wrong. 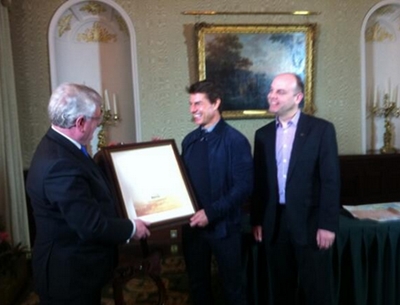