Which team do you think features first the most times on Match of the Day?

We're certain that the show's producers get lots of angry tweets from Aston Villa fans...

This graph shows the teams that have been given the prime slot on Match of the Day the most times and the results are pretty interesting.

The data was collected from last season and the first two fixtures of the 2014/15 season. 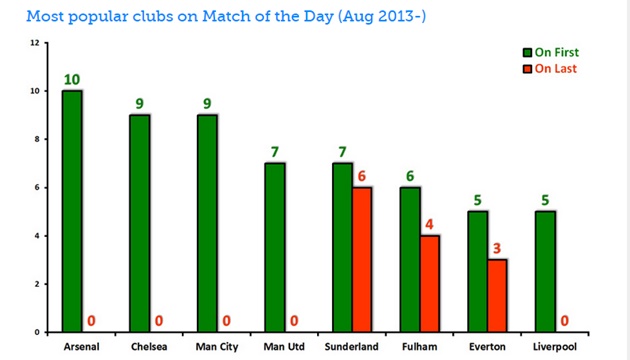 JOE isn't really surprised to see the names on show here, Arsenal did lead the league for the majority of last season.

Compare this with some of the teams that don't exactly get the marque slot. 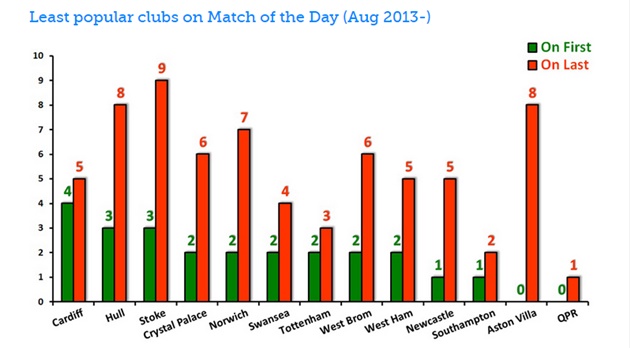 Credit to the producers at the BBC because their decisions seem entirely justified based on this pie-chart comparing the total goals scored involving the first match & last matches screened. 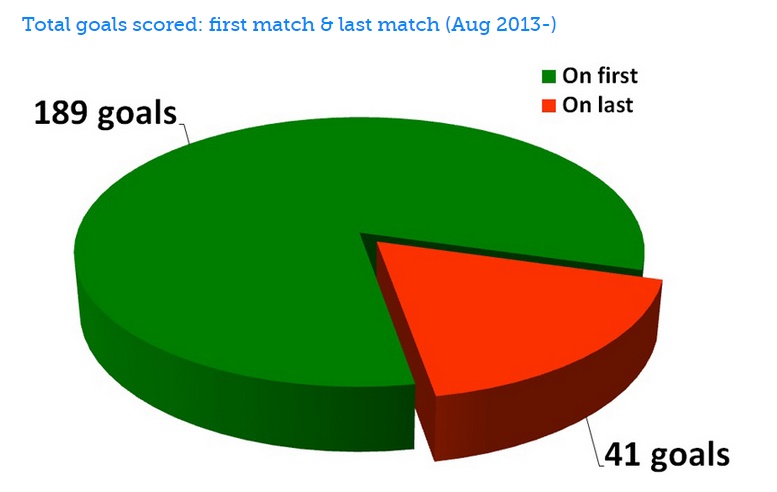 Remember this graph folks, especially if you find yourself getting angry that Crystal Palace v Burnley isn't getting top billing over Arsenal v Man City on Saturday's show.

Take a look at some of the amazing Match of the Day opening titles over the years now that the show is celebrating its 50th anniversary,