This graphic shows just how great a goalscorer the former Barcelona striker is.

If Zlatan Ibrahimovic is not one of your favourite footballers on the face of the Earth, you're probably doing it all wrong.

The 32-year-old scored his 50th international goal for Sweden during the week and, with it, inadvertently chalked off another milestone in his career.

Before the game against Estonia, Zlatan had scored in every minute of a football match except the 24th. His goal during Thursday night's clash came in the 24th minute, leaving us with this graphic from the Daily Mail... 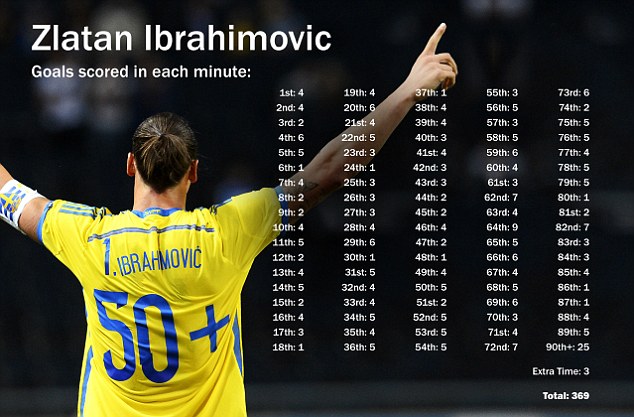