What happens when you live off powdered food for three months?

Can it ever replace our steak and spuds?

A future of powdered food is coming. It began in the tech capital of the world where a young coder in silicon valley so exhausted by the shopping and chopping of a balanced diet devised a hack, a powdered food that contained the perfect balance of micros and macros, apparently all that your body needs to live, grow and repair. He called it Soylent, questionably named after Soylent Green, the fictional substance made of human remains.

Soylent was the first of its kind and after going on the market in 2014 it has grown, if not in public popularity, definitely in popular fascination, as people consider whether a powder that claims to be entirely sustainable, perfectly healthy and satisfying could be the answer to their hassled eating habits.

END_OF_DOCUMENT_TOKEN_TO_BE_REPLACED

Powdered food is marketing itself to a generation of people who work longer hours than ever before, who are conscientious about their health and who have, with the proliferation of juicers and blenders, become used to sucking their food rather than chewing it. It efficiently ticks all the boxes; healthy, quick, techy and new.

So, a dream life without supermarkets, ovens or washing up is also an existence without juicy oranges, warm bread or gooey chocolate?

We live in a time where technological advances have overshot the imaginings of sci-fi writers. We have hoverboards, we wear computers constantly, drones deliver packages and our social lives are largely lived in virtual reality. Will this next step just be one more as we leave behind the physical demands of the human body and enter into an state of post-human?

A UK company is manufacturing powdered food similar in concept to Soylent and I was skeptical when I heard some friends in London were living off the stuff. Admittedly I was concerned that they were being brainwashed into a lifestyle that preferences work to play, conditioned to drink food at their desks and use the time gained to work longer and harder.

Susceptible to the claims of  health and energy gain, I ordered my supply.  28 meals duly arrived in the form of 2 bags of  gluten free, unflavoured powder. This, I predicted would be a distasteful waste of money. 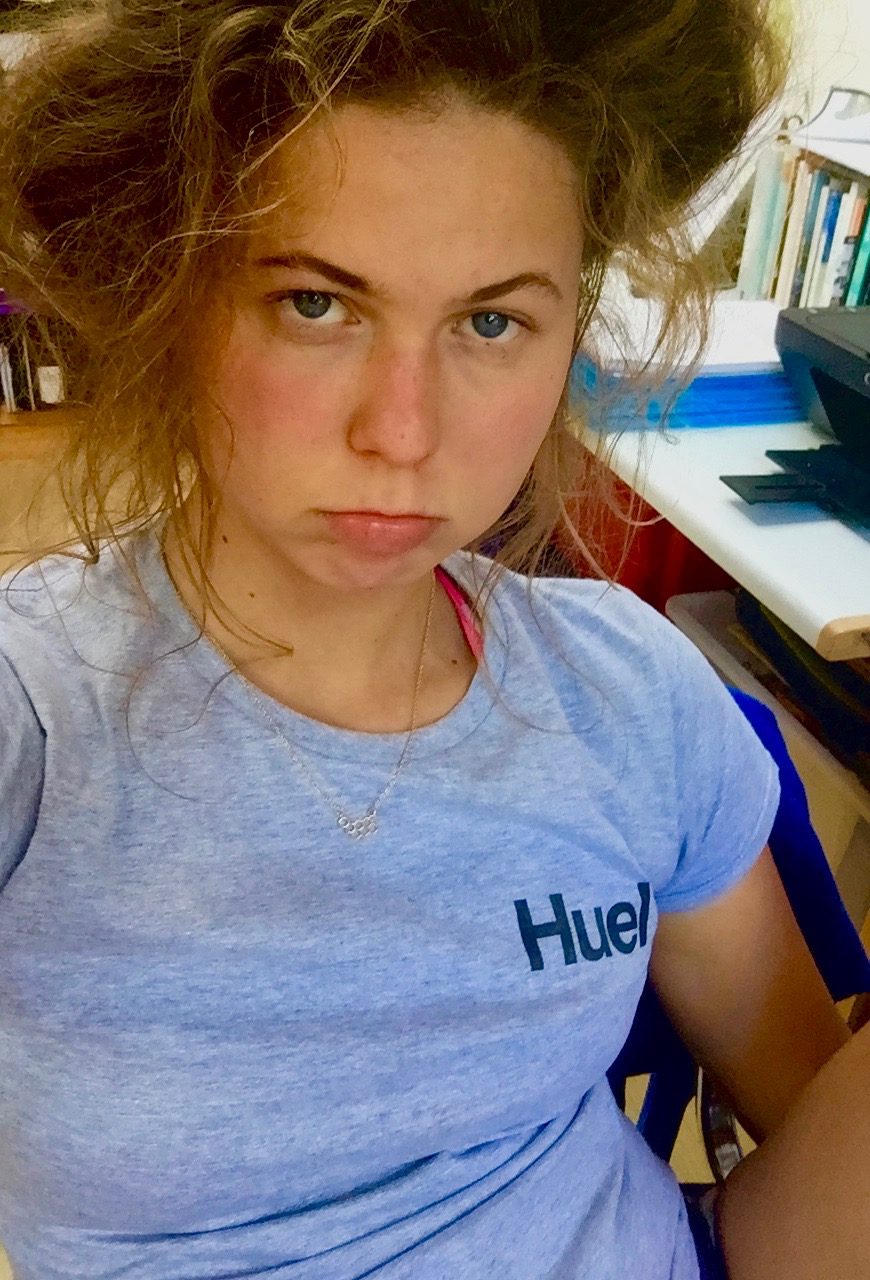 Since Soylent's arrival bloggers and journalists have experimented with different variations of powdered food, writing Yuck! Gross! Bleugh! a multitude of times and cursing the few hours they spent living such a flavour deprived existence.

If you can only do one exercise at the gym, make it the ring chin-up

END_OF_DOCUMENT_TOKEN_TO_BE_REPLACED

I read these reviews with hummings of fear before mixing up my first meal from the future.

After chugging some of the mix, I didn't feel stuffed, but I didn't feel hungry.  This feeling of fullness just appeared in my stomach, without me having to work or even chew for it.

I'll admit that powder quickly became 60% of my daily food intake. It was fast and cheaper than my usual food bill and honestly it meant I rarely washed a pan or plate.

But in the gloriousness of all this efficiency something bugged me. Was I becoming the definition of my much maligned generation? Lazy and entitled, preferring ease over all-else, tired by even the thought of cooking?

Initially I hid the giant bag of powder from my co-workers, stashing it in a never-used cupboard. I was wary of people thinking I was a sucker for a weight-loss shake made of bullshit.

And maybe I am, meal replacements aren't new but they're usually marketed with a woman holding a measuring tape around her waist.

Powdered food has a different market in mind, it is not low-calorie, it's targeted at professionals with limited time and at adventurers who want an alternative to sugar laden granola bars.

It tastes of nothing at all really, just a watery mix.  I learnt quickly adding cinnamon definitely spices up the taste and without really meaning to I slipped into a habit and two of my daily meals now come from an industrial bag of powder.

I don't think about breakfast or lunch, I just add water, hot or cold, and as mad and as unnatural as it seems it has given me more time in my day to jump around and not worry if what I'm putting in my body is healthy or not. I've lost weight without ever being hungry and have more energy throughout the day.

That being said I am quietly terrified that if the powder isn't what the company says it is a complete nutrition of; oats/flaxseed/sunflower/coconut, with macros of 37% of the carbohydrate, 30% from fat, 30% from protein and 3% fibre, then my internal system is nutritionally starved.

After 12 weeks consuming the powder I've noticed my skin deteriorating and my nails aren't growing as quickly. I sometimes become ravenous and desirus for sugar that I binge outrageously. Admittedly I have so far overlooked the minor indications of nutritional deficiency and madness and blazed on mixing and shaking.

Highly aware that my desire for an easy life might have overshadowed common sense, I tracked down someone else who has been consuming the powdered food, Huel, for the last four months. Colin Barrett, a former elite rower and asked him why he uses it rather than eating like a 'normal' person... 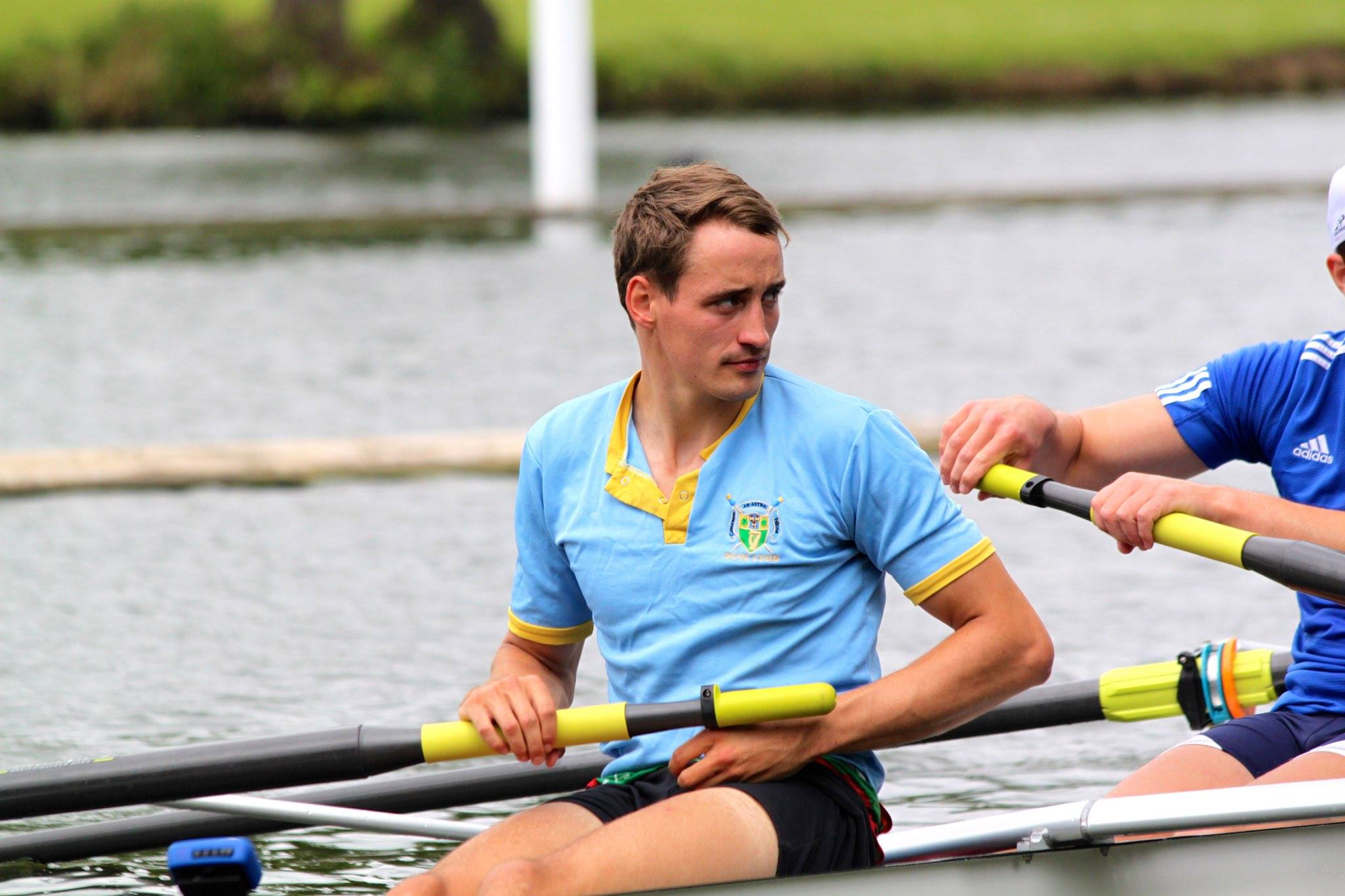 What's your lifestyle like, how much exercise do you do?

"At present, I am not exercising, and decided to use Huel as a means of controlling caloric intake, as well as always having had an interest in having a 'magic pill' that solves all of your dietary needs.

"Whilst I was training, meal replacement shakes were a staple during training camps as a means of upping calories to stop weight loss, Huel as a concept isn't new to me.

How does it taste?

"The taste is absolutely fine, once you figure out the consistency you like, no issues. There have been evenings when I have opted for Huel over food, even when the food was made for me.

Have you noticed any changes to your body?

"Physically, I have lost weight, namely fat. Having not been able to train for 4 months, I felt sluggish, and more prone to mood swings, with hunger as the impetus. I take Huel for breakfast, have a small lunch (400kcal), another Huel at 4pm and then a solid meal for dinner. If I take it 3 times a day, in lieu of food, I am much more likely to binge.

What about changes to your mood?

"No issues at all with mood, hunger, fatigue at all; I am getting more calories, more regularly, and still losing weight. I really like it. In terms of efficiency, it is beyond compare. When I leave work in the evening, I am not as tired, and, I don't have to worry about racing home just to eat.

"It saves time, gives me energy, and saves money. Now when I do cook, I take the time to do it properly, or I eat out socially. It has made food, and eating, a social event, and I love that" 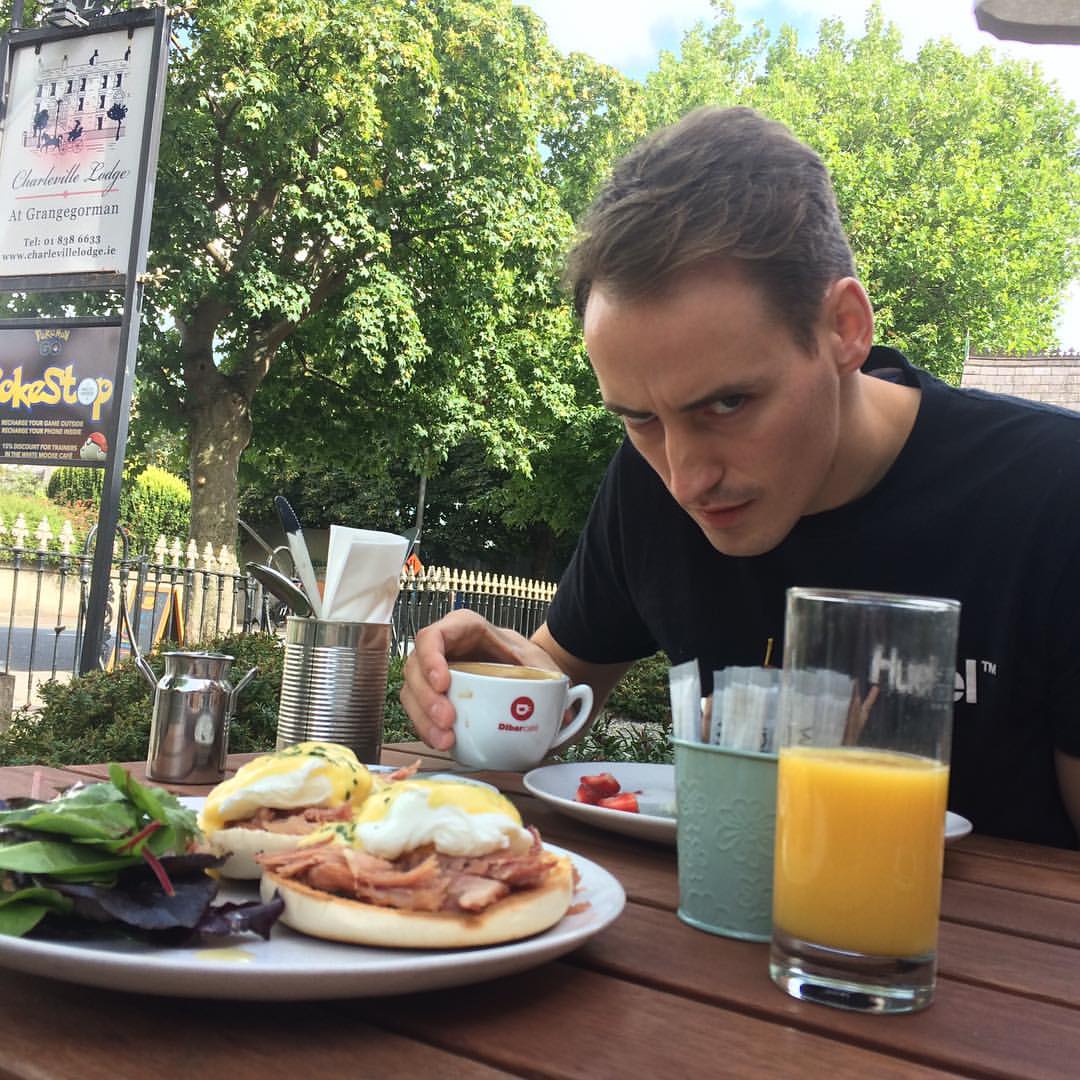 What do your friends think?

"People around me have reacted predictably, my mother is outraged and has repeatedly offered to post me her homemade brown bread. Friends think it is weird, and my girlfriend refuses to even try it".

While powdered food started as a way for people in the west to save time and money the potential for this goes bigger than personal avoidance of peeling vegetables and soaking crusty frying pans. Powdered food is potentially is being considered as a cheap solution to hunger.

There will be 9 billion people walking the earth by 2050 and, if our current food production systems don’t change, we’re going to struggle to feed them. Lestor Brown, an environmental analyst, known for his accurate global environmental predictions, has warned that the world may be facing into the worst hunger crisis of our lifetime. He is quoted in The Guardian as saying "There are now places in the world where people are only eating one meal, five days a week".

In anticipation of the increased stress that will be on our water, oil and soil, food innovation has become an area of huge financial investment.

What's trending for food is not smashed avocados or pickled cabbage, but ways of producing food that doesn't rely on animals, oil and land.

Whether the future of food is technological or a return to more traditional methods of agriculture and natural food depends not on what we as humans like as our preferences will continue to be regulated by big corporations, but how profitable the investment will prove to be.

Despite knowing it is imperfect and sometimes dealing with gastrointestinal  issues, I can't see myself returning to eating three solid meals a day, the indulgence of fast fuel is just too tempting.

The Big Reviewski || JOE · The Big Reviewski with Ray Liotta, Goodfellas facts & Tom Hanks making us cry
popular
EU lorry drivers vow not to help UK get “out of the s**t they created themselves”
Netflix has just added arguably the very worst movie of the last decade
Four major employers join forces to create Ireland’s first remote working alliance
Up to 90% of petrol stations in the UK have run dry
Gardaí appealing for witnesses after body of man in his 20s found in Dublin's Grand Canal
Here’s what graduates from Irish colleges can expect to earn in the workplace
An Oscar-worthy Margot Robbie performance is among the movies on TV tonight
You may also like
2 years ago
How boxer Tony Bellew lost a stone and a half after retiring from the ring
2 years ago
Planks are a pointless exercise for certain athletes, experts say
2 years ago
Overtraining: 9 signs you're pushing too hard in the gym
2 years ago
Doing too much cardio can affect your testosterone and fertility
2 years ago
The best gym exercises for building bigger shoulders
2 years ago
Everything you'll find in a Premier League team's gym
Next Page