Ben Mudge is just 24 years old, but he's packed a hell of a lot into his young life to date.

At the age of 20, Ben Mudge quit working as an assistant director on Game of Thrones to become a personal trainer.

Four years on, he’s an ambassador for two global brands, has been on the cover of numerous men’s health magazines and is proving an inspiration to the many people who, like Ben, suffer from Cystic Fibrosis.

END_OF_DOCUMENT_TOKEN_TO_BE_REPLACED

We caught up with him to try and get an insight into what has been a truly remarkable life so far.

When I arranged to talk with Ben Mudge at the end of last month, it was originally meant to be a brief chat about the preparation required to grace the cover of a men’s health magazine.

A very busy man, Ben had managed to spare about 40 minutes in between sessions with clients at his personal training business in Belfast. In the end, we needed nearly all of those 40 minutes and it could easily have been 40 more because Ben has packed an awful lot into his 24 years to date.

Since he was born, Ben has been dealing with Cystic Fibrosis, an inherited chronic disease that primarily affects the lungs and digestive system.

It clogs the lungs and can cause life-threatening infections, making it difficult for those with the condition to live a normal life. Life expectancy for people with CF, according to Cystic Fibrosis Ireland, is somewhere in the mid to early 30s.

From the outset, however, Ben’s parents were determined that he would live as normal a life as possible.

“My Mum was told when I was born that there would be oxygen tanks in every room and that I'd be a complete burden on them; all sorts of horrible stuff that people tend to hear about illnesses like mine.

END_OF_DOCUMENT_TOKEN_TO_BE_REPLACED

“Growing up, my parents never really made me feel different to anyone else. I wasn't wrapped up in cellophane; they treated me like any other kid, I played sport like all the other kids which I think got me off to the best start.”

Ben played sport right throughout his teenage years and was pretty good at it too. Between football, basketball and particularly rugby, he was always active so it is perhaps no surprise that he eventually ended up in the personal training business.

END_OF_DOCUMENT_TOKEN_TO_BE_REPLACED

But there was a pretty significant detour first.

The TV show Game of Thrones returned for a fifth season this month and it’s genuinely hard to think of too many TV programmes that rival its massive appeal worldwide.

Large parts of the show are filmed in Belfast and in the early years, Ben was on board as an assistant director and got a taste of what it was like to work on such a massive production.

For a few reasons, it didn’t quite work out in the long term.

“I worked on the first season of Game of Thrones and a couple of other films and I quickly realised that the film industry wasn't what I expected it to be.

"Obviously Northern Ireland isn't the warmest country in the world so my immune system was kicked even harder.” 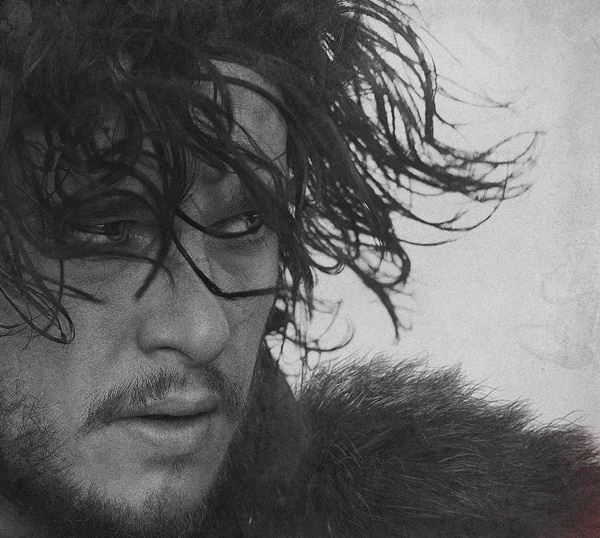 You know nothing about Northern Ireland's harsh climate Jon Snow

Ben ended up getting sick and was admitted to hospital around the time he was working on the show.

People with Cystic Fibrosis regularly have their lung function examined and measured against a person of the same age, weight and height who doesn’t have the condition and would be considered to have a lung function of 100%.

Before he got sick, Ben’s lung function was at 100 per cent and sometimes even around 115 per cent, so his lungs were actually functioning better than somebody his own, age and height without Cystic Fibrosis.

Then he got a chest infection and his lung function took a massive drop to around 66 per cent. It soon became clear to Ben that the TV and film industry wasn’t for him.

His experience on Game of Thrones did play a pretty big part in influencing his next move as it was while talking to some extras on the show that he was convinced to go down the personal training road.

“Some of the extras were pretty big guys and they were talking about personal training and telling me I should get into it.

“I decided to go down that path and I learned a lot about the body and how it works. I learned about keeping my immune system at as high a level as it can be with nutrition, training and rest and it just ballooned from there.

“It seemed to be the exact thing that I was called to do, if that makes sense?”

Three years on, he hasn’t looked back.

As well as running a successful personal training business, Ben is now one of only two UK ambassadors for Better Bodies, a Swedish-based company big in Sweden and America and is also an ambassador for sports nutrition brand Reflex Nutrition. 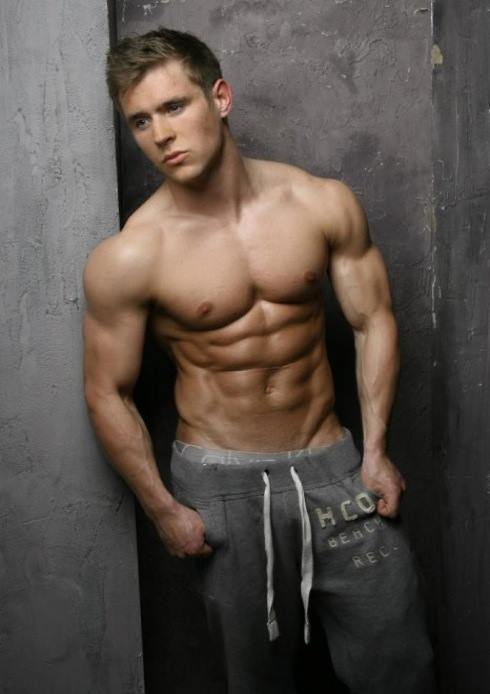 Not only that, he was Northern Ireland Men's Physique Champion in 2013 and a finalist for Men’s Health cover model in 2012.

Most importantly for Ben, he has become an inspiration for others with Cystic Fibrosis and takes particular pride in being a role model for young children who can aspire to follow a similar path.

“I have a Facebook page which I originally set up to help my business as a personal trainer, but it almost became a beacon for people with cystic fibrosis.

“When I post up stuff about my training, about CF and about my life, that's great but there have been situations where people with CF who don't have the same outlook as me or aren't as healthy as me almost try to take it out on me. 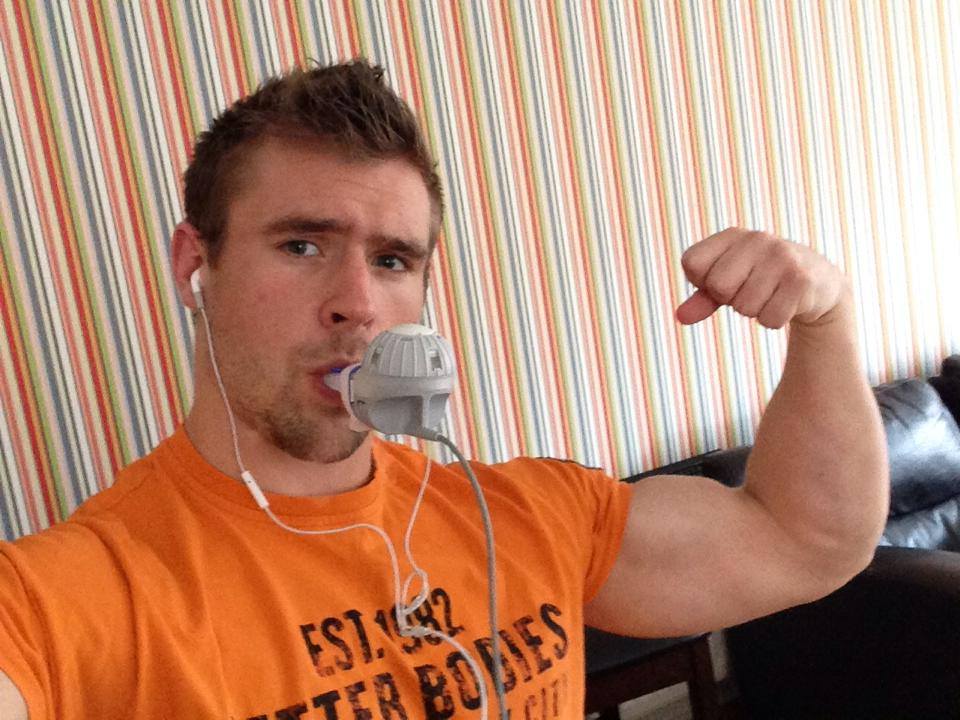 “They say I don't represent the average person with CF without realising that I have the most common mutation of CF which affects 50 per cent of people with the condition.

“It would be a very small minority of people who have had that point of view. Very, very small.

“I'd say in the last five years I've had my page, I've had six or seven people message me with something negative. The vast majority of people have been immensely positive and sometimes it has moved me to tears to hear from people, from parents who have children with CF.”

A method that Ben uses to interact with children with Cystic Fibrosis is to engage with his and their mutual love of superheroes and it has had immensely positive effects in his experience to date. 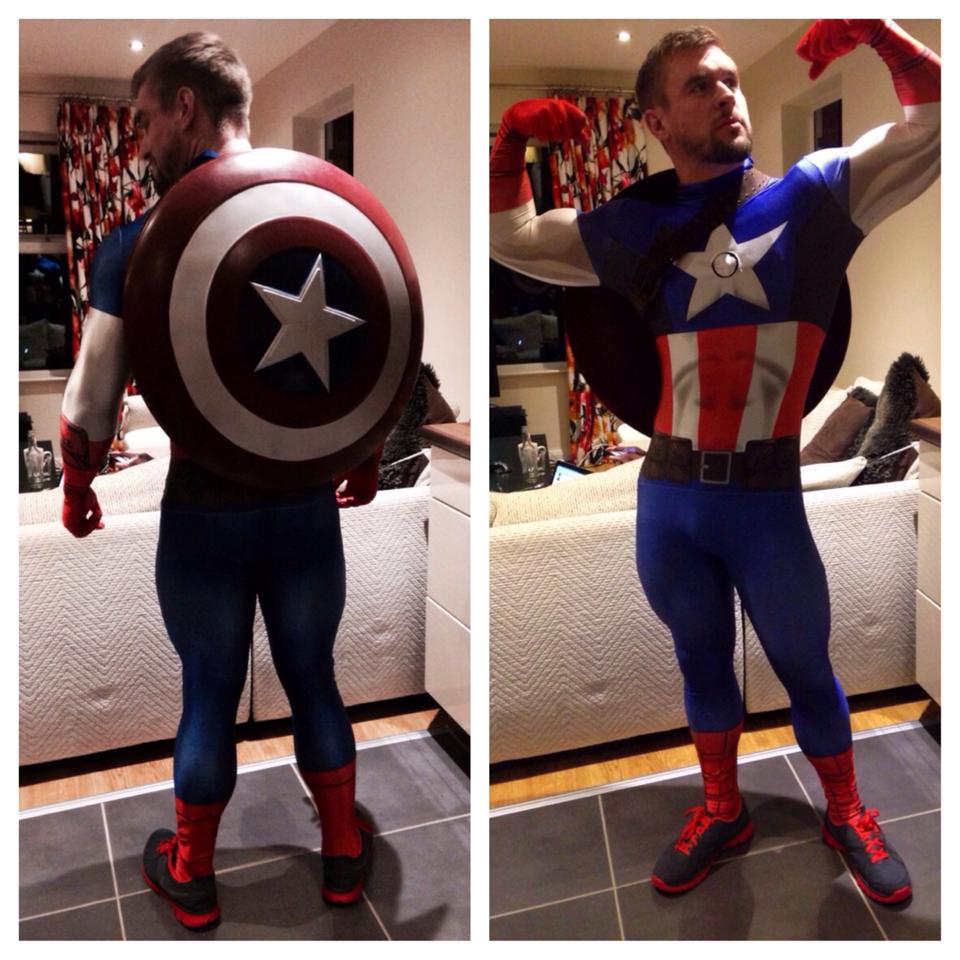 “I wear a Superman t-shirt whenever I do my CF clinic and then you have parents posting pictures of their children - three, four and five-year olds - dressed in Superman t-shirts at their CF clinic because they want to be like me.

“You can take everything away from me but you can't take that away and that is the most important thing for me; that I'm creating a superhero image for these kids and these parents that they can look up to for the rest of their lives.

"It's better than any magazine cover or anything else I’ve ever achieved.”

Considering that the original point of the conversation was to get an insight into how a model goes about preparing for a cover shoot, I eventually asked Ben what the process involves.

“You have to get tanned!" he says, laughing.

"The Irish skin doesn't look too good under bright lights. You also have to remove all your body hair, which is always a lengthy and horrible process. 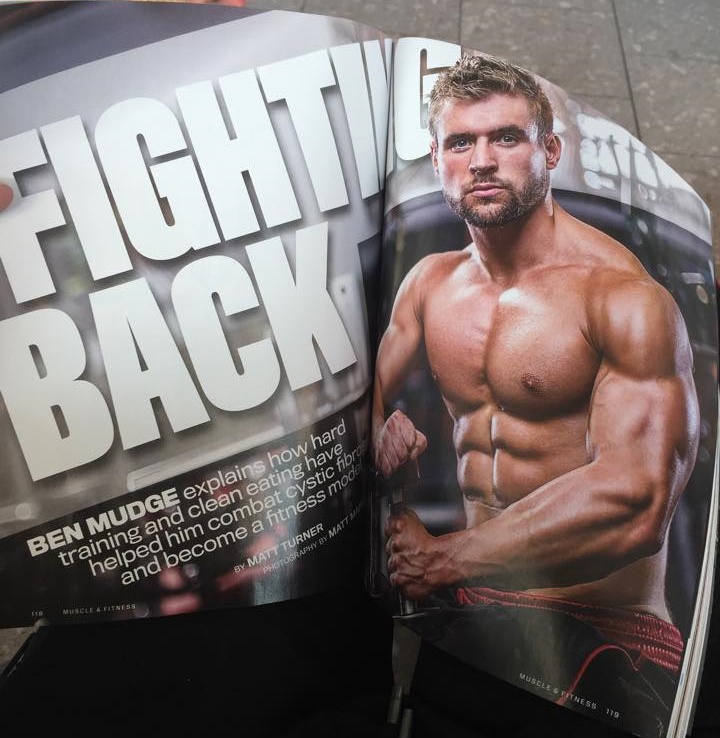 Ben's feature in a recent edition of Muscle and Fitness magazine

Although showing off his ripped six-pack is part and parcel of life for Ben at this stage, he’s keen to stress that using vanity as a prime motivation for working out is the wrong outlook to have.

Ben’s attitude is that if you strive to live and eat healthy, then the rest will look after itself.

“My main focus is health. I have worked with people who are focused on vanity and I have got them around to realising that if you're healthy and if health is the main focus of your training and your life then you can't not look good.

“The human body when it's in peak physical condition is healthy; they go hand in hand. You can make yourself look good by using steroids and stuff but what it gives you is an outer shell of health; internally you're an absolute nightmare.

“Your guts and your immune system are closely tied if you can get them regulated properly, then you can absorb foods better, you'll sleep better, it's all about health, health, health.”

Ben says that these days the only time he can really feel the effects of Cystic Fibrosis is when he moves countries and aside from that, it doesn’t stop him from leading the life he wants to live and is living right now.

A healthy attitude is his greatest ally in his fight against the disease; as he says himself in his Twitter bio, he’s a ‘Cystic Fibrosis ass-kicker’.

Listening to Ben’s story and his refreshing outlook, it’s easy to see how he’s proved such a positive influence for others with the condition and it would be hard for anyone not to take something from the type of message he’s putting out.

“I'm a positive person and I look after myself and having a positive outlook on things has been the biggest factor for me,” Ben says.

“I do not see the point in dwelling on my condition, I know what I have and that it might kill me but anyone could walk out tomorrow and get hit by a car so what's the point in having a negative approach to my illness?

“Nobody's going to want to hang out with me if I'm the guy who's constantly dwelling on it and saying 'Oh, I'm going to die from this'.

“I just want to go out and have fun and get the most out of life as I can.”

Nobody can accuse him of not doing that.

popular
Clint Eastwood's final western is among the movies on TV tonight
The Toy Show DJ brothers have been offered their very first gig
The 50 most iconic songs of all time* have been revealed
The JOE Friday Pub Quiz: Week 271
PCR tests to be required for all international arrivals to the UK
The full list of all the new shows and movies coming to Netflix in December
QUIZ: Let's get cracking with this General Knowledge Quiz
You may also like
2 weeks ago
Taoiseach says he does not anticipate lockdowns over Christmas this year
1 month ago
National Poisons Information Centre issues warning over false widow spiders
2 months ago
Vicky Phelan's new cancer treatment will buy her "at least six months"
2 months ago
Nicki Minaj's Covid vaccine swollen testicles claim "false", says Trinidad and Tobago
2 months ago
New Zealand reports its first death linked to Pfizer vaccine
3 months ago
Tony Holohan urges unvaccinated people to avoid All-Ireland football final and other large events
Next Page