After retiring from in-ring competition, one former cruiserweight world champion piled on the pounds pretty quickly.

Now, Tony Bellew is fighting fit again. A revamped diet and training plan have seen him shed one and a half stone in no time at all.

Earlier this year, Bellew's weight peaked at 17 and a half stone, but he now steps on the scales at around 16. This initial weight gain owed much to retirement, with the motivation to continue following a strict exercise and diet regime slowly slipping away. Injuries had also hampered the Liverpudlian's health and fitness outside the ring. 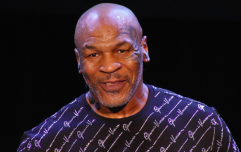 END_OF_DOCUMENT_TOKEN_TO_BE_REPLACED

Bellew said: "I gained weight after retiring by living a normal life – I didn't have that competitive desire to train anymore. Injury stopped me doing cardio too, which completely knocked me sideways".

The lifelong Evertonian would also feel self-conscious about being overweight before appearances on Sky Sports, as tailored suits from his days in the ring no longer fit properly.

Bellew said: "Getting unfit was a problem that was only going to get worse if I didn't address it. I needed a whole different wardrobe compared to when I was at fighting weight.

"I'd get a suit out for a TV appearance and realise it was too small now, so of course I was self-conscious and unhappy."

The dangers of obesity

Serious levels of obesity can lead to health problems such as high blood pressure, and increased risk of disease. But for Bellew, confidence issues and mental health really persuaded him to make a long-lasting change.

"It's been tough not having a big fight to work towards, but I don't just want to be an unhappy, unhealthy rubber blob." 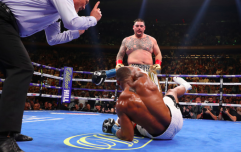 END_OF_DOCUMENT_TOKEN_TO_BE_REPLACED

Turning to musclefood.com helped Bellew stick to a diet that would help him lose weight fast.

He said: "At my heaviest earlier this year I was nearly 250lbs, but now I've nearly got back down to 220lbs with the help of musclefood.

"I could never do an extreme diet of ten boiled eggs a day or live off protein shakes, but their Do The Unthinkable meal plan has helped me get to a weight where I feel comfortable without any of the stress."

Boring diets are less likely to succeed because they're unsustainable. By knowing how many calories you need to lose weight, you can factor a variety of meals into your day that you enjoy eating if they still hit this target.

Musclefood's Do The Unthinkable plan offers weekly deliveries of pre-prepared meals and snacks, bespoke to an individual's goal, weight and calorie needs. 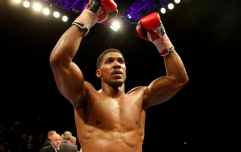 END_OF_DOCUMENT_TOKEN_TO_BE_REPLACED

Bellew said this helped him no end.

"I was often grumpy and narky in pre-fight camps because I lacked carbohydrates and everything was very bland, but with musclefood there are over 100 different low calorie, low fat meals and such a variety of flavours to choose from. My favourite product is the Beef Ragu Pasta."

Bellew's weight loss has revitalised his fitness and given him a renewed sense of purpose. He said: "I'm much happier now I'm getting up, training normally on a day to day basis again and back in good shape.

"I'm not someone that harps on about wanting a big six-pack and all the muscles, so my exclusive exercise plan is centred mainly around strength, fitness and developing a winning mentality."

House of Rugby Ireland · Murray & Sexton debate, France's Covid hell and James Tracy interview
popular
The JOE Friday Pub Quiz: Week 232
Body of third man found following murder of two men in Cork
Scarlett Moffatt discovers ‘30% rain’ on weather app doesn’t mean chance of rain
QUIZ: Can you correctly identify these European country flags?
All Direct Provision centres to close by 2024 and system to be replaced
These are the free subscription games coming to PlayStation and Xbox in March
Irish cinema named one of the 50 most beautiful cinemas in the world
You may also like
1 month ago
Kate Abdo steals the show at Garcia-Campbell with bizarre compliment
3 months ago
Eddie Hearn heaps praise on Katie Taylor, calling her "the role model"
1 year ago
Brilliant new Katie Taylor mural unveiled at Dublin bar
1 year ago
It looks like Anthony Joshua is the latest victim of the Drake Curse
2 years ago
Katie Taylor produces 'best display of her career' as she defends her World Lightweight titles
2 years ago
WATCH: Tyson Fury goes full Undertaker following THAT hook from Deontay Wilder
Next Page