An American drug company says it has created the first drug that could slow down Alzheimer's disease.

US drug company Biogen has announced that it will soon seek regulatory approval in the country for a "groundbreaking" drug that could slow down Alzheimer's disease.

The drug, which is called aducanumab, would be the first of its kind, as no existing drug can slow down the disease. However, some can improve conditions.

Biogen plans to file the paperwork in early 2020 and has its sights on making it to Europe as well.

This development is quite surprising, as the company had discontinued work on the drug in March of 2019, after disappointing trial results.

But the company has said that new analysis of the same studies shows that a higher dose of the drug can provide a "significant benefit" to patients, slowing their clinical decline so they preserve more of their memory.

Bigoen's shares have risen by 27% since the news was announced.

"This large dataset represents the first time a Phase 3 study has demonstrated that clearance of aggregated amyloid beta can reduce the clinical decline of Alzheimer’s disease, providing new hope for the medical community, the patients, and their families," said Dr. Anton Porsteinsson, William B. and Sheila Konar Professor of Psychiatry, Neurology and Neuroscience, director of the University of Rochester Alzheimer's Disease Care, Research and Education Program (AD-CARE), and principal investigator. 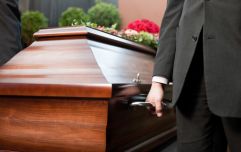 END_OF_DOCUMENT_TOKEN_TO_BE_REPLACED

They continued: "There is tremendous unmet medical need, and the Alzheimer’s disease community has been waiting for this moment. I commend Biogen, the FDA, the medical community, and the patients and their study partners for their persistence in working to make today’s announcement a reality."

The Alzheimer Society of Ireland also praised the news, saying that "hope is on the horizon".

After a 15 years wait a new #Alzheimers treatment drug is going for market approval. Hope for people with early stage Alzheimer’s is on the horizon. #Biogen #ADI https://t.co/vumJ44Z6yw


popular
QUIZ: Try get 12/12 in this short general knowledge quiz
QUIZ: Can you name the country for each of these non-capital cities?
QUIZ: How well do you remember the final season of Game of Thrones?
PERSONALITY QUIZ: Which Normal People character are you?
EXCLUSIVE: Cardboard Gangsters stars reunite in super trailer for gritty new Irish thriller Broken Law
The United Kingdom's latest mess would be funny if it wasn't so bloody tragic
The 50 most iconic songs of all time* have been revealed
You may also like
16 hours ago
Man dies following traffic collision in Limerick
23 hours ago
A man in his 20s has been injured following a shooting in Meath
2 days ago
Woman dies from her injuries following road collision in Kildare
3 days ago
Two men die in house fire in Dublin
4 days ago
Three calves killed after cattle trailer overturns on motorway in Dublin
4 days ago
Shot fired from Garda firearm at scene of arrest of two men in Cork
Next Page