Ireland ranks fourth highest in the European Union for use of cocaine among young adults.

The Health Service Executive (HSE) has published a list of advice for how users can reduce the harms of cocaine or crack cocaine should they use the drugs.

United Nations data has also previously suggested that Ireland features in the top ten countries for per-capita usage of the drug.

END_OF_DOCUMENT_TOKEN_TO_BE_REPLACED

The advice is prefaced by the suggestion: "While it is always safest not to take unknown or illicit drugs at all, if a person chooses to take cocaine they are urged to follow the following harm-reduction advice."

"If you decide to use cocaine, remember:

"If you decide to use crack, remember: 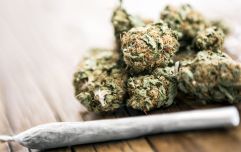 END_OF_DOCUMENT_TOKEN_TO_BE_REPLACED

Crucially, the information notes that 93% of all deaths that involve cocaine also involve alcohol or another drug.

The advice is part of the #DoYouUseCocaine programme, which was launched today by Minister of State for Health Promotion & the National Drugs Strategy, Catherine Byrne.

Byrne said: "This is a very important campaign, focusing on providing information and raising awareness about cocaine among drug users and health professionals. 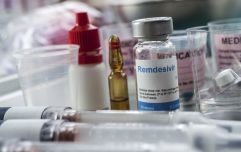 END_OF_DOCUMENT_TOKEN_TO_BE_REPLACED

"Recent figures which show an increase in those seeking treatment for cocaine use is of real concern. This evidence supports what we are hearing from some services on the ground that cocaine use, and in particular crack cocaine use, is on the rise."

"I therefore welcome this new campaign which I believe will play a vital role in communicating the risks and dangers of cocaine use to dependent users and at risk groups, as well as to those who engage in recreational use."

Cocaine is a Class A drug in Ireland, and being caught with cocaine either for personal use, or intent to sell, can result in jail time.

The HSE's full statement regarding cocaine harm reduction can be found here.

popular
Met Éireann issues Status Yellow rain warnings for five counties
Calls for €20 social welfare increase and minimum wage of €13 in new Budget
16 brand new apprenticeship programmes launched to meet target of 10,000 apprenticeships by 2025
WATCH: Colin Farrell could be up for an Oscar in true-life thriller Thirteen Lives
Amazon Prime Video has just quietly added 15 big movies to its library
Wheelchair user dies after falling into the water at Dún Laoghaire pier
An unforgettable sci-fi film is among the movies on TV tonight
You may also like
1 month ago
"If you go, go slow": HSE launches drug harm-reduction campaign for festival goers
3 months ago
Three men arrested in Waterford following international seizure of cocaine
4 months ago
Firearms, ammunition, and over €47,000 seized by Gardaí in Finglas
8 months ago
After a decade on the run, Colombia's most wanted drug lord is finally captured
8 months ago
Festival-goers take multiple drugs at the same time, according to new research
9 months ago
Gardaí warn students over cannabis edibles and nitrous oxide balloons as Freshers' Week begins
Next Page