In a speech at the London School of Economics on Monday, Ireland's Minister for Equality Aodhán Ó Ríordáin announced that the government would be dramatically revising its attitude towards drug addiction in Ireland through a stream of new policy initiatives.

Foremost among these new policies is the introduction of supervised injection facilities (SIFs) for drug users, to be opened in Dublin, Cork, Galway and Limerick.

The move represents what the Minister calls a 'radical shift' in Ireland's approach to combatting drug addiction - but a shift that has already taken in place in many other countries, which gives us a clue as to the effects that it may have. 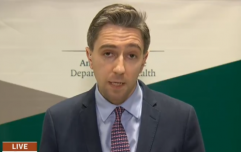 END_OF_DOCUMENT_TOKEN_TO_BE_REPLACED

"SIFs will reduce the shame of public injection and get rid of the barrier between addicts and professional people who can help, and have a real conversation with users in real time.

"Users will get referred to healthcare facilities faster and things like their social circumstances and their housing situations will be assessed."

Seeking to allay fears that injection rooms encourage people to inject drugs, Duffin said "while it may seem counter-intuitive, there is no evidence from Sydney or Vancouver that these clinics lead to an increase in drug use.

"Instead, they reduce the risk of blood-borne viruses and save the public money by hugely reducing the number of ambulance callouts for overdoses, and reduce the huge strain placed on A&Es."

Duffin was quick to emphasise, however, that safe injections clinics "are not a silver bullet."

Duffin, who has worked in the Kings Cross clinic in Sydney told us that "this will not remove the problem of drugs, but it will improve it. Getting users in to see people from the clinical care and social care side is part of a process. Every alley way in Dublin will be used for a heroin injection at some point during a week, this will go a long way to improving that." 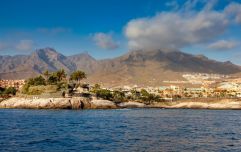 END_OF_DOCUMENT_TOKEN_TO_BE_REPLACED

The first SIF was opened over thirty years ago in Switzerland. Since then, Norway, Luxembourg, Germany and several other developed nations have opened their own SIFs. There are currently about 100 of these facilities worldwide.

A 'typical' SIF is located in an area densely populated by drug addicts. The facility will have a reception where visitors sign in before they are led to a room with any number of booths or private spaces.

Drug users will be given a sterile syringe, a tourniquet and saline solution, and will be observed at all times by trained medical staff. Often, there will be a decompression room where users can relax after injecting, as well as nursing, counselling and welfare staff who can refer users to health, social or housing services where appropriate. 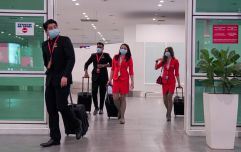 END_OF_DOCUMENT_TOKEN_TO_BE_REPLACED

A growing body of evidence strongly suggests that these SIFs contribute to reductions in needle-sharing, overdoses, public injecting and publicly discarded syringes.

It is also reasoned that less judgmental, persecutory policies towards drug use and drug addiction can and will encourage engagement with detoxification programmes and addiction treatment programmes.

A 2010 report by The Journal of Global Drug Policy and Practice confirms the often-quoted statistic that, to date, there have been no deaths from overdose in SIFs.

The problem that persists, according to the report, is that even those drug users who make use of SIFs do not do so every time they are using drugs, and that there is often no actual decrease in overdoses in the area served by the facility.

Sydney's Medically Supervised Injecting Centre (MSIC), which opened in 2001, released details of the centre's progress in 2011:

These improvements are not limited to Sydney. Since the 1980s, SIFs have managed millions of injections with only one death (which was a result of anaphylaxis, an allergic reaction, not overdose). Fears that SIFs serve as an attraction for drug users and drug dealers to relocate in that area are also largely unsubstantiated, according to a 2006 report by the Independent Working Group on Drug Consumption Rooms.

There is a clear consensus among studies conducted into the benefits of drug SIFs that they do not eradicate the wider problem of hard drug use, nor do they play a direct role in reducing or treating drug addiction.

A hot meal. A helping hand. A fresh start. 💜 Thank you to all our volunteers, staff & supporters. 💜💜💜 #CharityDay pic.twitter.com/dQvZhmp5wH

What SIFs have successfully provided in other countries like Ireland, such as Denmark, are a protected atmosphere wherein addicts can take dangerous drugs in such a way that immediate harm is unlikely to come to them or anyone else.

Beyond that, it is widely agreed that further efforts are needed to actually bring down the rate of drug use and the widespread availability of hard drugs.

SIFs do not open 24 hours a day, seven days a week. Furthermore, they can reach their capacity. The Drug Free Australia 2010 analysis found that of all the heroin users who visited the MSIC in Kings Cross, Sydney between 10-98 times in a year still performed 95% of their injections on the street, in a car, a toilet, at their own home or in somebody else's home.

It must be concluded, therefore, that the mere presence of supervised injection rooms is not a sufficient measure to attract regular drug users to the site for even a small fraction of their injections.

That is why it is important to understand the immediate goals that can be achieved by SIFs. What these facilities do is offer drug users the option of a much safer environment, some of the time. As important will be the "integrated approach to treatment and rehabilitation based on a continuum of care with clearly defined referral pathway" Minister O'Ríordain spoke about in his speech on Monday.


The Architects Of Business || JOE · "It doesn't get bigger than this for me" - Irish scientist wins EY Entrepreneur of the Year 2020
popular
QUIZ: How well do you know Elf?
QUIZ: Can you guess these European countries from their outlines?
The JOE Movie Quiz: Week 80
The 50 most iconic songs of all time* have been revealed
The JOE Music Quiz: Week 35
Donald Trump paid $3 million for recount that uncovered more Biden votes
Warner Bros. plan new Harry Potter movie and they want Daniel Radcliffe to star in it (Report)
You may also like
2 weeks ago
QUIZ: Can you identify these Irish towns on a map?
3 weeks ago
QUIZ: Can you name all the US states with a smaller population than Ireland?
1 month ago
Three Status Yellow weather warnings issued, affecting eight counties
1 month ago
7 gazebos from €40 to €12,000 for your outdoor entertaining
2 months ago
396 new cases of Covid-19, 9 people admitted to hospital in last 24 hours
2 months ago
QUIZ: Can you name all 32 counties in Ireland in under 4 minutes?
Next Page