What if you turned #DryJanuary into #Dry2017?

Many of us are 'off the beer' this month in a bid to allow our livers heal from the Christmas holidays, and to not spend the money that we don't have.

We were chatting in the office today about how much money we could save if we actually stopped drinking for 12 months and the potential amount is pretty huge.

The figures below are based on someone that goes 'out-out' or on 'a proper night out' once a week in a large urban area with educated guesstimates on all the other additional costs and fees.

If you go out at 9pm and get home at 3am there's a good chance you've made your way through a fair amount of drink. Add up the pints, wine, pints of wine, small ones, shots, bombs and entrance to a club, you'll be doing well to keep it as low as €60.

The receipts you find in your wallet and your small front jeans pocket the next morning will confirm the splurge. 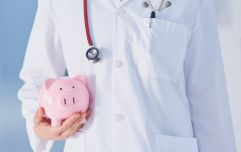 END_OF_DOCUMENT_TOKEN_TO_BE_REPLACED

Between talking, walking, dancing and maybe shifting, you've been on the go for approximately six hours straight. You need food. Well, you don't need food, but you want food, and nobody is going to stop you.

Even if you're within walking distance, you'll hope in a cab or grab a Hailo. You've had enough exercise for one night. 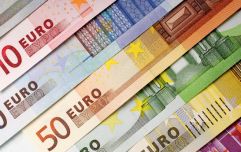 END_OF_DOCUMENT_TOKEN_TO_BE_REPLACED

That first slug. Jesus Christ, is there a better feeling when you're dying on a Sunday morning? It's manna from heaven.

"I know what'll sort me out. A few dried up sausages and rashers shoved into bread roll that contains about a kg of butter and some watery red sauce." - No one ever. You still buy one though.

If you're body can't cure itself, you know you can always turn to your loyal pharmaceutical friend.

You COULD cook on Sunday evening, but that would require having the brain power and/or will power to get off the couch. It's always takeaway... and a coke... diet coke.

Over the course of 12 months there's a good chance you'll misplace a coat, wallets, , phones, shoes (it happens) so we're writing in an allowance for that.

If you go out that much you're going to have to invest in some 'good' shoes, jeans and shirts.

That's how much a 12 pack will cost you, an FYI if you're feeling especially optimistic about this year.

The scourge of getting the urge to smoke after having a few pints. You'll eventually have to buy a few boxes when bumming them off your friends and strangers gets awkward.

If you do manage to get lucky on a night out you'll need to get home the following morning so that's another taxi. We're predicting you'll hook up four times this year, enjoy.

The fear on a Sunday can be eased substantially by binging on Netflix so making the investment is a must in our eyes.

popular
One of Keanu Reeves' best movies has just been added to Netflix
"Clear as daylight" that unvaccinated people are a risk to themselves and others - Taoiseach
The JOE Movie Quiz: Week 131
QUIZ: Do you reckon you can get 15/15 in this General Knowledge Quiz
A terrific crime thriller is among the movies on TV tonight
QUIZ: Can you get full marks in this General Knowledge Quiz?
QUIZ: Name all the countries that contain 11 letters
You may also like
2 months ago
Electric Ireland to increase prices due to "unprecedented rise" in energy costs
2 months ago
Treasury Secretary warns US government will run out of money by October 18
2 months ago
Here’s what graduates from Irish colleges can expect to earn in the workplace
2 months ago
370,000 households to receive fuel allowance payment
2 months ago
National minimum wage in Ireland to be increased in the coming year
2 months ago
New special payment for workers laid off during pandemic - Who is eligible and what are they entitled to?
Next Page