There's nothing better than watching people put themselves through physical turmoil from the comfort of your own couch.

It's the reason Takeshi's Castle is such a success...

But seeing it happen as Gaeilge will be even sweeter.

Go Gasta is a new family entertainment series coming to our television screens this weekend on TG4.

The 10-part series will air on TG4 at 8.30pm every Sunday night from Sunday 13 October and each hour-long episode will be presented by Conall Ó Máirtín & Máire Treasa Ní Dhubhghaill.

The series is based on the rivalry between towns, villages and parishes spread throughout the country, which manifest themselves primarily through local sports such as football, hurling, camogie and soccer.

Two local villages go head to head to settle old scores once and for all on a course with plenty of challenges and obstacles.

Each team sets out from their own village and races towards the opposing village, usually a distance of between 8km and 14km. 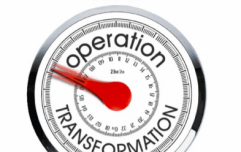 Operation Transformation are looking for applicants for their new season

END_OF_DOCUMENT_TOKEN_TO_BE_REPLACED

Along the way they will face nine different challenges and it is all against the clock.

And, if that isn’t challenging enough, each team must carry a three-metre rope with them on every step of the journey.

Tune in on Sunday at 8.30pm on TG4 to see who will hold bragging rights for the forseeable...


popular
QUIZ: Can you guess the pixellated movie posters?
QUIZ: Can you name all these European countries just from their vowels?
QUIZ: Week 16 of JOE's 19 in 90 quickfire quiz is here
Dublin pub to host a 'doggy date night' where you can bring your dog to dinner
Shallow spectacle between Varadkar and Martin leaves the audience wanting less
Here are Ireland’s favourite takeaways, as per the National Takeaway Awards
"Totally unacceptable." Final year students at WIT hit out after extra module added to final semester
You may also like
21 hours ago
TG4 to air a documentary on Ireland's homeless crisis this evening
1 day ago
New documentary series examines three brutal murders and a mysterious satanic cult
1 day ago
Haunting of Hill House star says the sequel will be more intense than Season 1
1 day ago
The creators of Star Trek: Picard put to rest one of the biggest fears fans might have about the show
2 days ago
Sky's new true crime documentary series examines a very sinister murder theory
2 days ago
HBO's documentary series about the Atlanta Child Murders to air in April
Next Page