Pink noise could be the answer to your insomnia problem

Finding it difficult to nod off?

If the stresses and strains of life are preventing you from getting the recommend eight hours of sleep a night, a new study shows that a particular type of background noise could be the solution.

Parents have long used white noise (a static sound containing many frequencies that you'll recognise when the TV or radio is on the blink) as a soothing distraction to help get babies to sleep. 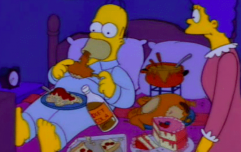 END_OF_DOCUMENT_TOKEN_TO_BE_REPLACED

There are countless apps and YouTube videos where you can access hours of it and many adults find it helps them to focus on dropping off.

Lately however, scientists have discovered that pink noise, a less intrusive, more relaxing version, can lead to better, deeper sleep. Used on a continuous basis, it may even improve your memory.

According to a piece of research published in Frontiers in Human Neuroscience, acoustic stimulation applied during sleep can increase slow wave activity (SWA) and improve sleep-dependent memory retention in young adults.

The scientists played pink noise to volunteers as they slept. When tested, the subjects who had been played pink noise in their sleep performed three times better in memory tests the following morning than those who had not.

Fancy giving it a go?

You can sample ten hours of uninterrupted pink noise here. Even at a low level, it'll have a naturally calming effect.

popular
Status Yellow snow warning issued for five counties
Here's Week 58 of JOE's 19 in 90 quickfire quiz
Here's the lineup for this week's Late Late Show
Six new Covid-19 deaths confirmed, 183 new cases
What the hell is 'Stomp and Holler', and why does Spotify insist that you love it?
Lotto players urged to check tickets after someone won €10.7 million
A full breakdown of all of the streaming services available in Ireland
You may also like
1 year ago
'Business leaders should have to sleep as much as pilots to secure investment'
1 year ago
A sleep expert says this is the worst thing you can do in the morning
1 year ago
There are plans to create a bed that moves your partner back over to their side
2 years ago
A navy seal reveals the secret to getting up early in the morning
2 years ago
VIDEO: An Irish waterfall is being used to solve insomnia around the world
2 years ago
This simple trick can make it much easier to fall asleep, according to scientists
Next Page