For those that love heading out for dinner...

The Food Safety Authority of Ireland (FSAI) has revealed that over 3,460 consumer complaints were handled by their advice line in 2019, with over half of those relating to complaints of unfit food and poor hygiene standards.

Overall, the figure for 2019 represents an increase on the 3,424 complaints reported in 2018, with the number of reports relating to non-display of allergen information up significantly. 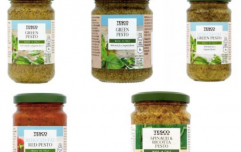 END_OF_DOCUMENT_TOKEN_TO_BE_REPLACED

A noticeable increase was also noted among issues relating to poor hygiene standards and suspected food poisoning incidents too.

The FSAI noted an increase in the number of complaints from consumers in relation to inadequate pest control in food premises too. This has also been reflected in the total amount of Enforcement Orders issued in 2019.

Contamination of food with foreign objects was frequently reported by consumers too and in 2019, these reports included allegations of food containing insects, plastics and other foreign objects.

Elsewhere, hair being present in a number of foods was reported several times, as well as false nails, small pieces of stone, metal and plastic.

END_OF_DOCUMENT_TOKEN_TO_BE_REPLACED

Other reports to the FSAI included the presence of a snail in a whole chicken, a caterpillar in pork chops, and a butterfly/moth in fresh cream.

Complaints regarding poor hygiene standards in food premises cited live mice and evidence of rodent activity throughout the food handling and storage areas. Elsewhere, staff failing to wash their hands when cooking and serving food, pigeons in the deli area, and flies noted throughout a premises noted too.

Here's a breakdown of the complaints that were registered to the FSAI in 2019: 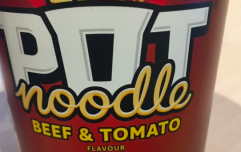 END_OF_DOCUMENT_TOKEN_TO_BE_REPLACED

Speaking about this report, Dr Pamela Byrne, Chief Executive FSAI, has commented: "Our advice line continues to be a valuable resource enabling consumers and food businesses to contact us with their complaints or queries around food safety. The figures from last year show that consumers too are becoming increasingly attentive as to how food establishments are expected to operate in terms of food safety in Ireland.

"By reporting their incidents around hygiene, labelling, food safety practices and pest control, members of the public and people working in the food sector provide us with the information we need to do our work effectively. In 2019, we noticed a significant increase in complaints around incorrect allergen information, which continues to be a concern to us.

"The importance of food businesses having correct allergen information displayed cannot be underestimated, as failures in this area can have serious consequences for the health of some consumers. It is also a legal requirement.”

popular
Green Party representative calls for a temporary ban of stag and hen parties in Ireland
Dublin Bus passenger assaulted in suspected homophobic attack
Off-duty Garda arrested in Tipperary on suspicion of drink driving
QUIZ: You won't be able to correctly guess the meaning of all these words
Gardaí urge public not to share "upsetting" pictures of fatal assault of Paul 'Babs' Connolly in Westmeath
Woman dies and four others injured after crash in Mayo
QUIZ: You'll do well to get 100% in this General Knowledge Quiz
You may also like
3 months ago
Gardaí appealing for witnesses to fatal road collision in Louth
3 months ago
Ireland's first ever "Bar Manager Apprenticeship Degree" to launch this week
3 months ago
Gardaí appeal for witnesses following serious assault incident in Dublin
3 months ago
WATCH: Chaos unfolds in Israeli airport when a US family tried to bring bombshell back home
3 months ago
Gardaí appeal for witnesses following serious assault in Dublin
3 months ago
Man arrested after a woman is fatally stabbed in Antrim
Next Page