The health-giving benefits of hoodia

Who doesnâ€™t want to be that little bit healthier? Especially if improving your health involves minimal effort. With this in mind weâ€™ve made it our mission to bring you news each week of a product, a foodstuff, an exercise technique or a pill that promises potentially magical health-giving properties.

Not to be confused with: Hoodies. Hoodlums. Da hood.

END_OF_DOCUMENT_TOKEN_TO_BE_REPLACED

This is a new one on me, Iâ€™m afraid. No great surprise there. Itâ€™s not one of the better known dietary supplements. That said, it is becoming increasingly popular as a weight-loss agent so you will probably see more of it over the coming years.

So what is it then? Basically, itâ€™s a plant similar to a cactus that's native to parts of Namibia. They can reach up to a metre in height and have large flowers, a tan colour and a strong smell. Interestingly, they stink of rotten meat and are pollinated mainly by flies.

Okay, this sounds like the most disgusting plant on earth. Why in Godâ€™s name would I want to have anything to do with it? Well, most of us wouldnâ€™t. That said, if youâ€™re a tad on the plump side it might be of interest. Bush men used to chew pieces of it when on long hunts as a means of suppressing their appetite. Our present-day, narcissistic society has found another use for it â€“ as a herbal diet pill.

Whatâ€™s in it? Back in 1977 the South African Council for Scientific and Industrial Research (CSIR) managed to isolate the ingredient in hoodia which acts as an appetite suppressant. They gave it the imaginative moniker â€˜P57â€™.

What does it do for you? Well, itâ€™s supposed to stop you wanting to eat for short periods, but the medical community is somewhat split on the issue of just how well this stuff works. That said, it has its supporters and the fact that it has been taken in Africa as an appetite suppressant for centuries supports the idea that there is something in the lofty claims.

Another point is that animal trials found that gastric acid production dropped by as much as 60 per cent when hoodia was thrown into the mix, and this may well play in part in suppressing your appetite.

So how is it taken? I donâ€™t fancy taking bites out of a cactus that stinks of rotten meat. Not to worry. Extracts of hoodia, normally parts of the stem and roots, are dried and ground into powders. These are then refined into chewable tablets or capsules. There is a liquid form, but you donâ€™t see it around very much. 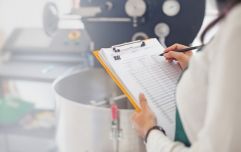 END_OF_DOCUMENT_TOKEN_TO_BE_REPLACED

Where can you get it? There are some issues with the exportation of wild hoodia due to the fact that its sudden popularity in the West saw it become a protected species. However, farmed hoodia is now also on the go. A number of health food shops stock hoodia and the various African shops around the country can also have it in on the shelves.

Is it safe? There do not appear to be any major side-effects of hoodia, although full clinical trials are yet to take place. The main danger is from buying hoodia products which contain various other bits and pieces which could disagree with you. When you are purchasing a hoodia product you should familiarise yourself with exactly how much hoodia is in it and with what else it contains.

House of Rugby Ireland · Quinn Roux on finding a home in Ireland and Mike McCarthy brings the absolute HEAT!
popular
Three men arrested following search of "chop shop" in Meath
Joe Exotic fails to receive pardon from US president Donald Trump
Virtual parade to replace official St. Patrick’s Day parade this year
Irish punters could turn €0.98 into hundreds of millions* with a bet on the Super Jackpot
New year, new you, new career? This opportunity could be right up your street
The 50 most iconic songs of all time* have been revealed
QUIZ: Can you name all the teams in the NBA from their locations?
You may also like
20 hours ago
Nutella is launching its new biscuit range in Ireland
2 weeks ago
McDonald’s to keep drive-thrus open and maintain delivery service during lockdown
1 month ago
The perfect turkey curry recipe to try this Christmas
1 month ago
A new Krispy Kreme store is set to up in Dublin city centre
1 month ago
REVEALED: The winners of all 28 categories in the 2020 Just Eat National Takeaway Awards
1 month ago
All 77 restaurants in Ireland shortlisted for the 2020 Just Eat National Takeaway Awards
Next Page