Nine things that you should know about an overactive bladder

Brought to you by Astellas

Research shows that overactive bladder affects approximately 350,000 people¹ over the age of 40 in Ireland.

It's something that most of us have probably heard about in some form, but not all of us would be aware of what it is. Overactive bladder (OAB) is a medical condition that affects a large proportion of Ireland's population, but a recent survey said that about 36% of us don't understand what it is³.

In short, OAB changes the way your bladder behaves and results in an overwhelming need to urinate. We'll outline some of the symptoms in more detail below, but there are plenty of misconceptions about the condition that should be addressed as well.

1. It does not simply affect older people

The symptoms of OAB can strike at any age, despite the fact that they are more common in older people. Should you feel you're taking too many trips to the bathroom, have experienced leakages, or sometimes feel an urgent and overwhelming need to urinate, you should contact your GP as soon as possible.

2. OAB can affect both men and women

It is true that OAB is slightly more common in women than in men, but it isn't as big a difference as you may think. Large numbers of men experience OAB at some stage in their lives, but identifying and treating the condition can alleviate many of its negative effects.

3. Bladder size does not contribute

Somewhat understandably, there is a misconception that bladder size contributes to your chances of experiencing overactive bladder symptoms. It is defined as an overwhelming urge to urinate, caused by sudden and involuntary bladder contractions.

4. Drinking less water is not advisable 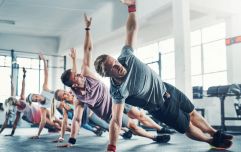 END_OF_DOCUMENT_TOKEN_TO_BE_REPLACED

Drinking less water than you should is not a good idea. While it will result in the production of less urine, it also means that it becomes far more concentrated and can irritate the bladder even further, resulting in the need to urinate more often.

The recommended amount of water to drink is six to eight cups of fluid throughout the day.

5. It doesn't have to affect your social life

It’s hard for the social lives of those who suffer with OAB to not be affected by the condition. Worrying about the location of the nearest toilet can easily be an ongoing concern, but there are training techniques that can help increase the time between toilet breaks.

These techniques can help you stay focused on your daily activities rather than where the nearest toilet is.

6. OAB is not the same as stress incontinence 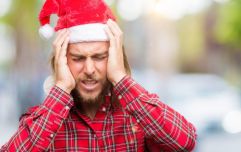 Eight tips on how to manage your migraine this Christmas

END_OF_DOCUMENT_TOKEN_TO_BE_REPLACED

Leaking urine when exercising, laughing or coughing is attributed to a different condition called stress incontinence. Meanwhile, OAB is described as experiencing a sudden overwhelming urge to urinate caused by a problem with the bladder's storage functions.

While it is possible to have both, it's important to understand the difference between the two.

7. It is not a reason to be embarrassed

While it can be a sensitive subject, it shouldn't stop you from living life the way you want to.

Around 62% of sufferers feel agitated, annoyed and disrupted² by their OAB symptoms. However, the average sufferer waits one year from the onset of symptoms before presenting to a doctor.

It's important to remember that it is a condition that is totally beyond the person's control, and the symptoms are something that anyone has a possibility of experiencing at some stage in life.

8. There are treatment options

On average, those with OAB wait about one year from the onset of symptoms before going to a doctor. On top of that, about 20% don't go to their doctor² at all as they feel that nothing can be done.

As with any symptoms you're experiencing, it's always better to get an expert opinion. There are plenty of effective treatments available, and simple diet changes and exercises can also be helpful for anyone experiencing symptoms.

9. It is not always related to prostate problems 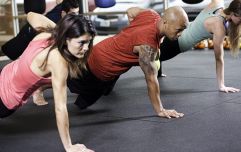 END_OF_DOCUMENT_TOKEN_TO_BE_REPLACED

While OAB can possibly be due to the enlargement of the prostate gland, this isn't always the case. Be sure to speak to your GP about the possibility of this before assuming that the two are always connected.

The 2019 #InControl national campaign has been launched by Astellas to improve public awareness of the medical condition overactive bladder (OAB) and encourage more women and men aged 40+ in Ireland to stop tolerating the daily disruption of OAB symptoms. For more information about OAB visit www.oab.ie or consult your local GP.

Brought to you by Astellas


popular
Here are Ireland’s favourite takeaways, as per the National Takeaway Awards
Seven leaders announced for RTÉ's multi-party debate
TG4 to air a documentary on Ireland's homeless crisis this evening
Met Éireann forecasts risk of sleet and possibly snow in parts of Ireland this weekend
Eddie Rocket’s are giving away free kids meals this Friday
QUIZ: Week 16 of JOE's 19 in 90 quickfire quiz is here
Disney+ has brought forward its launch date in Ireland and confirmed its price
You may also like
1 day ago
COMPETITION: Win two nights B&B in the Knightsbrook Hotel for two people
4 days ago
QUIZ: How well do you know Will Smith's movie career?
6 days ago
COMPETITION: Win a VIP table for four to see Sharon Shannon live in Dublin
1 week ago
COMPETITION: Win free tickets to Titanic Belfast for yourself and a mate
1 week ago
QUIZ: How well do you know the first two Bad Boys movies?
2 weeks ago
COMPETITION: Win a two-night stay in the brand-new Hyatt Centric for two people
Next Page