Register to save lives on World Blood Donor Day.

Giving blood is a crucial and lifesaving act. Yet, only 3% of Irish people are active donors.

World Blood Donor Day, which takes place on Monday 14 June, aims to raise global awareness around the topic and encourage the public to give blood.

END_OF_DOCUMENT_TOKEN_TO_BE_REPLACED

“One in four people will require a blood transfusion at some point in their life,” explains Stephen Cousins, spokesperson for The Irish Blood Transfusion Service.

“That’s people you know - your family, your community - it’s all around us.

“World Blood Donor Day is an opportunity for blood services to stand back and think about the contribution donors make. We recognise that and we thank them for it because without them so much would not happen.”

For Chris Proby, 14 June holds a second significance – it is the four-year anniversary of the end of his two battles with cancer.

In 2015, Proby was diagnosed with an aggressive form of Non-Hodgkin’s lymphoma after an accidental injury prompted an MRI scan, revealing a sizeable tumour in his leg.

“As a 32-year-old at the time who didn’t drink, didn’t smoke, was running five days a week, I was training for my fourth marathon, needless to say, it was the biggest shock that I could be told,” he says.

After six months of heavy chemotherapy, Proby got the all-clear in early 2016 and began adjusting to normal life – only for things to swiftly take another turn.

END_OF_DOCUMENT_TOKEN_TO_BE_REPLACED

“I’d just been away for a three-week holiday with my fiancé to Thailand. Absolutely no signs of any issues. And as soon as I got home from Thailand I ended up in hospital with breathing difficulties. Within a few days, I was told that I had relapsed.

“It was quite a shock because life had been returning to normal after my first diagnosis and my first battle and it was just the last thing that I ever expected to hear.

Proby’s extensive treatment meant he required many blood transfusions, as well as platelet donations, along the way.

“Without those donations, I just wouldn’t be here right now because I actually couldn’t have the treatment unless I got those transfusions throughout my time in hospital." 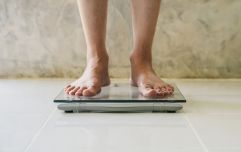 END_OF_DOCUMENT_TOKEN_TO_BE_REPLACED

In 2019, Proby set up the Never Give Up charity run to raise funds for the charities that helped him through his illness, as well as to “create some positivity” from his experience. The event is due to go ahead this July, consisting of a 5k and 10k run in Proby’s hometown of Inch, Co. Wexford.

"I know many people might think blood donations are going towards people that maybe have been in an accident or for people going through an operation. But it's actually vital for cancer and leukaemia treatments as well."

Proby encourages those interested to register with the Irish Blood Transfusion Service.

“People shouldn’t assume that someone else will do it,” says Cousins. “It’s a real opportunity for people to do something that is very normal, but that’s impact is ridiculous. It’s incredible what blood donation means.

“If you think about it, it’s very much an opportunity for people to be heroes in their own right.”

Find out more about becoming a donor at giveblood.ie