There is a top secret new Alien game on the way

Fans of the incredibly scary Alien: Isolation should be very happy with this.

In 2014, the brilliant stealthy horror Alien: Isolation was released and promptly changed the colour of every player's underwear...

END_OF_DOCUMENT_TOKEN_TO_BE_REPLACED

On the flipside, there was stuff like the game adaptation of Alien 3 on the Sega Megadrive, which turned the movie's story of a planet barely populated by murderous prisoners and a single alien and turned it into a grenade launch-a-thon side-scroller:

Anyways, the point is, there has been more bad than good.

But this new news is potentially good news, and we're hopeful, and it is all based off this single tweet: 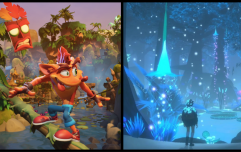 END_OF_DOCUMENT_TOKEN_TO_BE_REPLACED

Now, a few things there:

The Game Awards are set to take place on Thursday 6 December (the six finalists up for the top award are all here), and it looks like it will be launch pad for the announcement of a new Alien game.

The font in the image in that tweet is pretty much identical to the one used by the fictional company Weyland-Yutani, the big bad company from the Alien movies that want to catch the monster and turn it into a weapon, while the "Worlds Will Change" seem to be an update from their previous slogan, "Building Better Worlds".

Some online digging found that 20th Century Fox had trademarked the title for an unannounced video game, Alien: Blackout.

"I am a personal fan of Cold Iron's previous work and all of us at FoxNext Games are thrilled to be working with them as they create an action-packed persistent world, steeped in the mysteries of this beloved Alien universe."

And finally, if you click on the Cold Iron studios website, one of the first things that pops up is a huge image of one of the xenomorphs from Aliens, and in the About Us section, it says the following:

"Currently, the team is working on a new PC and console shooter based on the Alien franchise."

So there you have it. It looks like we're getting our first look at this new Alien game in December. Stay frosty!

popular
Gardaí unveil new Armed Support Unit vehicles to replace older models
Man in his 70s dies following crash in Donegal
Netflix has just added 33 very big movies to its library
The full list of cancelled flights in and out of Dublin Airport on Monday (so far)
Amazon Prime Video has just added 51 big movies to its library
One of the greatest crime movies of all time could be getting a sequel
Fish and chips could be removed from Irish menus over rising fuel costs
You may also like
6 days ago
JOE Gaming Weekly - Why you should avoid the new Blade Runner game
6 days ago
Fan remakes Simpsons: Hit and Run as open-world game and it looks amazing
1 week ago
The top 5 must-play games of 2022 so far
1 week ago
JOE Gaming Weekly - The new Teenage Mutant Ninja Turtle game is a pure hit of nostalgia
1 week ago
One of the best party games of recent years is now available for free
2 weeks ago
JOE Gaming Weekly - Get ready for more Resident Evil Village
Next Page